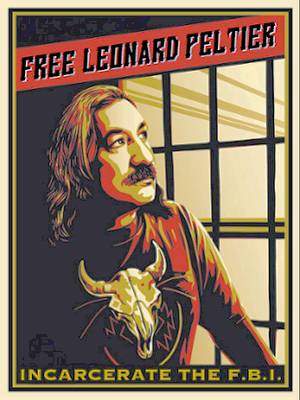 Marching behind a “Free Leonard Peltier” banner, demonstrators demanded presidential clemency for the Native American political prisoner at the Washington State Capitol in Olympia on Sept. 17. People also carried signs in solidarity with the Standing Rock struggle to stop the Dakota Access Pipeline. Peltier, born in North Dakota to the Anishinaabe and Dakota Nations, strongly supports the #NoDAPL struggle.

The rally in Olympia was one of many actions around the U.S. demanding clemency for Leonard Peltier on or around the occasion of his 72nd birthday. Peltier has been imprisoned for nearly 40 years for defending his people from an FBI attack on American Indian Movement supporters at the Pine Ridge Reservation in 1975. He was framed up by the FBI, and federal prosecutors collaborated by withholding evidence that would have proved his innocence.

Eddie Little Crow, a Dakota elder who himself was imprisoned for over 30 years, spoke at the Olympia rally: “Leonard sits in Florida in a maximum security prison. He’s been moved and moved, and we want him out of there. What are they thinking when they lock up a man who just turned 72?”

Those attending the rally also heard from Ray Kingfisher of the Northern Cheyenne who, like Peltier, participated in the cross-country Trail of Broken Treaties in 1972. Crystal Chaplin — the mother of two young Black men, Andre Thompson and Bryson Chaplin, shot and severely wounded by Olympia cops — also gave a strong solidarity statement.

The event was organized by the Leonard Peltier Defense Offense Committee of Olympia. Steve Hapy, of the LPDOC Tacoma chapter, stressed that Peltier, despite his conditions of imprisonment, has never shied away from taking a stand. “Leonard has always used his position to stand up for the people, like the people of Big Mountain or Standing Rock.”

Leonard Peltier urgently needs people to stand up for him NOW. Supporters are fighting for clemency for Peltier from the Obama administration before his term ends. More people and organizations are needed in the U.S. and around the world to “Free Leonard Peltier.” For ways to help, see whoisleonardpeltier.info.