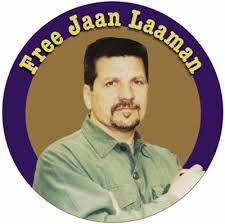 Sept. 28 — This wide-ranging essay, written by anti-imperialist, U.S. political prisoner Jaan K. Laaman, one of the original Ohio-7/United Freedom Front defendants, lays out a historical and current analysis of white supremacy in the United States. This essay is part of Abolition’s inaugural issue.

Recently, a smart, progressive, retired English professor remarked, “How can it be that in late 2016 police are routinely shooting and often killing Black people with almost no legal consequences?”  Police in the United States have been killing Black and other people of color just like this for 20, 30, 50 years and more.  Back then, they used to totally get away with it.  Today not much has changed.

One big difference now is that many of these killings are caught on phone cameras and posted online — and thus, seen by millions. In the last few days, we are again witnessing footage of police murdering Black people making the national news.  New protests and resistance are erupting as a result of these murders.

Nonetheless, cops are rarely charged with any wrongdoing.  Even when they are, very few are ever convicted of any crime. For example, in April 2015, Freddie Gray Jr., a 25-year-old Black man, was arrested by police in Baltimore. He had three fractured vertebrae and a crushed voice box, which he suffered during transport in a police van.

While in the police van, Gray fell into a coma and subsequently died.  His death was due to injuries to his spinal cord. Although six officers faced charges related to Freddie Gray’s murder, they were all ultimately let off without any convictions.

An even more typical example of police killing with impunity is the prosecutor’s and grand jury’s decision in Cleveland not to charge the two white cops who shot and killed Tamir Rice, a 12-year-old Black child, in 2014.  He was playing with a toy pistol in a park outside a recreation center near his home.

Two Cleveland cops drove up.  Within two seconds, one cop repeatedly shot Tamir. They left him lying on the ground, not even attempting to give him first aid.  Tamir died of the gunshot wounds.  The Cleveland prosecutor said, “It was a tragedy,” but the police did not break any laws or regulations and a grand jury absolved them of any wrongdoing.

Life in the USA means white cops routinely — that is, on a daily basis — killing people of color.  The government and legal authorities have always ruled that almost all of these killings are lawful and acceptable actions of the state.  They continue to do so.  So how can this be — that in the 21st century in a country supposedly based on law, Black people and other people of color can be routinely abused and even killed by agents of the state?

It’s not a mistake — and it isn’t about Republicans or Democrats.  It is a historical and ongoing reality that people of color face institutional discrimination and disparity from all aspects of the U.S. state apparatus.  On a human individual level, a large percentage of white people have at least some prejudiced attitudes towards people of color.

Yes.  Progress has been made.  Barack Obama, the first Black man to be president, was elected twice. Yet everywhere we look, right on the surface, and, especially, if we dig deeper, we see institutional discrimination, prejudice and racist practices and abuses continue in all aspects of life in the U.S.

In 2016, the USA is a majority white country.  The U.S. comprises 5 percent of the world’s population, but incarcerates 25 percent of the world’s prisoners.  The majority of prisoners across the U.S. are people or color.  On a daily basis, Black men, women and even children are shot, often fatally, by mainly white cops, who are almost always cleared of any wrongdoing.

These are the indisputable realities in early 21st century life in the U.S.  If we look back historically, we can seen even more blatant and vicious racist abuses and practices in all areas of life directed against all people of color.  This began with the earliest European contact with and conquest of the Americas.  Modern countries in North, Central and South America originated with genocide, land theft, enslavement of Indigenous peoples and the African slave trade.

From the early period of colonialism, when white supremacy was  constructed on lies, material benefits based on white skin privileges and the superexploitation of Black labor, there was opposition and resistance to this hateful thinking and practice.  Native and Black people found many ways to resist and oppose slavery, from running away to burning down plantations, sometimes with the slave owner still inside.

From these earliest times of resistance, there were white people who supported and assisted with escapes and uprisings.  The “underground railroad” operated for well over 100 years.  Networks — often of white homes and farms — gave refuge and assistance to Blacks who escaped from plantations and traveled north to seek freedom, sometimes all the way to Canada.

The abolitionist movement actively worked for the end of slavery.  It included many white activists and leaders.  Although fewer in number, there were militant white abolitionists like John Brown, who, with guns in hand, freed Black people held as slaves on Missouri and Virginia plantations.

There have always been white people — often in leftist and revolutionary organizations, and sometimes from religious groups — who have allied with and supported the freedom struggle and national liberation struggles of New African/Black, Native/Indigenous, Puerto Rican and Chicano peoples. White people in the Civil Rights Movement, communists in labor and community struggles, students, anti-racists and anti-imperialist activists supported the Black Power struggles.

In the 1980s and 1990s, the John Brown Anti-Klan Committee actively organized against racist attacks and terror, whether the racists wore white robes or blue uniforms. Other anti-racist formations, like the Partisan Defense Committee, which is still active today, organize large anti-Klan rallies in many cities.

In 2016, we see the Movement for Black Lives mobilizing on a nationwide level; the organization recently released their comprehensive platform. We see this movement gaining solidarity and support from a variety of white activists and organizations, as well as from other communities and people of color.

In theory and in practice, white supremacy has always had opposition.  This resistance includes white people acting as allies and supporters of nationalist organizations and working in multinational formations.

Many changes have occurred in U.S. society.  Of course, change is the only constant in life and reality.  My sister, the English professor mentioned above, asks how racial discrimination and racist murders of people of color can still be happening every day.  This question can only be understood and answered with the realization that the false and ugly ideology of white supremacy continues to exist.

This false ideology was the underlying ideological foundation of the former British colonies that transformed into the slave-owning U.S. republic — and then grew into U.S. imperialism, which today exists as the world’s main military and imperialist superpower.  Many changes have occurred.  Progress and advances have been made in gaining human and public rights.  But underneath that, the ideology of white supremacy still exists and corrupts the U.S.  This false ideology manifests itself in racist public acts and attacks and in private thoughts and motivations.

White cops murder Black children and millions of people of color face discrimination in a myriad of ways, even while we have a Black president. A final point about the false ideology of white supremacy: The fundamental and necessary changes that we, the vast majority of people in the U.S., need and want will only be achieved when we can unite and work together for our common good.

Racism and prejudiced thinking have been the main weapon used against working people — common people — to break our unity and defeat our struggles for progress, justice, a better life, and a revolutionary future of hope and peace.  Again and again, workers’ strikes have been broken, community efforts derailed and sections of people have been misled and misdirected to act against their common interests because of racism and racial prejudice.

The false ideology of white supremacy has been the main weapon used against us — common people, working people, farmers, miners, teachers, shopkeepers, the unemployed and prisoners, too. Most of us have had some direct experience dealing with the negative impact of white supremacist ideology.  Whether at work, in school or in the community, it is likely that some of our struggles have come up short or were defeated because we were unable to sustain our unity in the face of the old “divide and conquer” tactics based on racist thinking, and perhaps, weak or racist leadership.

Decades of community activism and revolutionary organizing across the U.S. have made clear that no matter what the specifics of the struggle, unity is always necessary to sustain the effort and to win. As Mumia Abu-Jamal has famously stated, “When we fight, we win.” The main weapon used against popular struggle is to divide us based on racism, playing to the lies of white supremacist ideology.

Unity is our strength.  Rejecting racism is necessary for unity. Racism will continue to be used against us until we expose it and reject it for the lies and fabrications that it is.

Jaan K. Laaman is a long-held U.S. political prisoner, one of the original Ohio-7/United Freedom Front defendants.  He is the editor of 4strugglemag.org, a primary voice of political prisoners in the U.S. He can be directly contacted at Jaan Laaman (10372-016), US Penitentiary Tucson, P.O. Box 24550, Tucson, AZ 85734