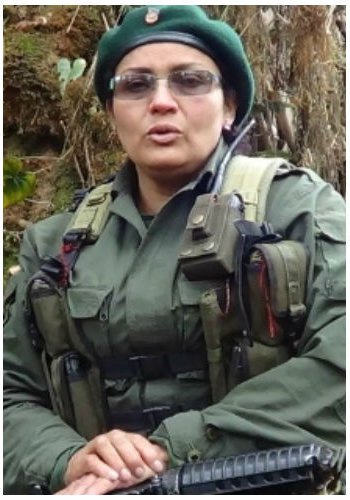 After four years of constant and difficult talks in Havana, Cuba, between the revolutionary FARC-EP (Revolutionary Armed Forces of Colombia-People’s Army) insurgency and the Colombian government about ending the decades-long armed conflict there and building a stable and lasting peace, an end is in sight. But this is the most difficult stretch, studded with the most delicate issues that pose dangerous obstacles to this crucial effort for peace and can determine its success or failure.

The process is both extremely complicated and ambitious. Its goal is to end more than a half century of armed conflict caused by the criminal Colombian state, which is itself allied to the powerful — and still more criminal — U.S. imperialism.

In fact, delegations representing different interests traveled to Colombia on Aug. 8 to facilitate — once the final accord is signed — putting into effect the protocols presented last June 23 on the “ceasefire and definitive end of bilateral hostilities and the surrender of weapons” as part of the point: “End the Conflict.”

Those on the visit — 150 people in total — were composed of different delegations: 33 members of the FARC guerrilla forces led by National Secretariat member Carlos Antonio Lozada; plus members of the national government, police, army and the commanders of the fronts in the areas visited, as well as governors and mayors; plus the International Committee of the Red Cross, international observers from the United Nations Mission in Colombia, and delegates from Cuba and Norway (the guarantor countries of the talks).

This and subsequent visits also have a technical nature and aim to identify possible sites to serve as zones where members of the armed insurgency will be located during the complex process of surrendering their weapons. This will be a gradual phaseout during the first 180 days after the signing of the Final Agreement.

The U.N. will be responsible for receiving the weapons. At the same time, a mechanism will be established for monitoring and verification that will ensure that all the agreed-upon conditions are met. The FARC, the government and international institutions will participate in this monitoring process, while the organized communities will observe.

The aforementioned delegations were joined by technical teams of engineers, cartographers and topographers who collected necessary information, with the support of satellite technology, so that the Roundtable of Conversations can make its final recommendation.

Apart from identifying sites, another important aspect of the visit was having discussions with the residents of communities who for so long have been affected by the armed conflict.

Enrique Santiago, legal adviser to the FARC delegation at the Roundtable of Conversations, has written a good summary of what has been achieved so far in the talks in his article “Three Pitfalls in a Step Toward Peace,” published Aug. 17. (anncol.eu)

“These agreements seek to end existing economic and social inequality between rural and urban areas and guarantee the property rights of small farmers, ending the dispossession of land; eliminating the practice of physical extermination of political opponents; closing definitively the agricultural frontier of the country; protecting the biodiversity of the rainforest and ensuring market availability and prices for legal crops, thus offering alternatives to farmers to survive without having to resort to illegal crops.”

Also, “Clearing remaining explosives from the fields after 50 years of war that has made Colombia one of the countries most contaminated by explosives; launching an innovative system of restorative justice for peace that will guarantee the rights of victims and hold accountable all those who have been victimizers — this includes not only combatants but also, for the first time, civilians who have instigated, financed or organized the conflict and dirty war; and finding the whereabouts of the more than 50,000 persons recorded as missing from the 1980s until today for reasons related to the internal conflict.”

Apart from the novel inclusion of victims of the conflict in the proposals and final decisions, there is another important contribution: the gender perspective. On Sept. 11, 2014, a subcommittee on gender was set up to be responsible for reviewing and including this approach in all agreements.

This is reflected in the Joint #82 Communique of the FARC and the government: “The contributions of the victims who visited the Conversation Roundtable, 60 percent of whom were women, and of the 18 women’s organizations and LGBTQ community, 10 Colombian experts on sexual violence, international experts and former guerrillas from around the world were fundamental to enrich the work of this subcommittee.” (Mesadeconversaciones.com.co)

This gender approach revolves around eight axes: “Access and formalization of rural property on an equal footing; guaranteeing economic, social and cultural rights of women and persons with different sexual identity who live in the rural sector; promoting women’s participation as representatives in decision making and conflict resolution; taking steps to prevent and protect women from specific risks; access to truth, justice and guarantees of non-repetition; public recognition, not stigmatization, and expanding political work by women; institutional management to strengthen women’s organizations and LGBTQ movements in order to increase their participation in political and social activities; as well as keeping statistical information with breakdowns by the affected categories.” (farc-ep.co)

This approach is very significant in a region where, unfortunately, sexism and anti-LGBTQ attitudes are deeply rooted. That is why women in the FARC have been in the vanguard of the struggle for the rights of women and the LGBTQ community in Colombia.