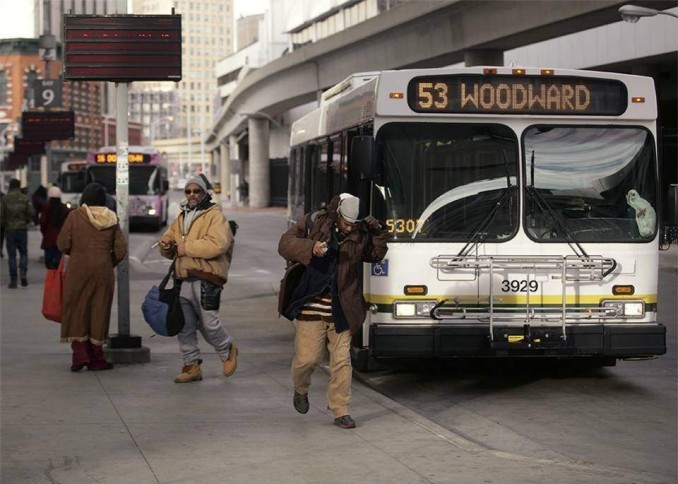 Detroit bus drivers, represented by Amalgamated Transit Union Local 26, held a press conference on Aug. 17 to announce the filing of a federal civil rights complaint with the Department of Justice against the Regional Transit Authority.

The RTA, created by state legislation in 2012 but still not in operation, combines the Detroit Department of Transportation and the Suburban Mobility Authority for Regional Transit into one entity serving southeast Michigan. The union charges the regional authority with violating the civil rights of Black Detroiters — the majority of the city’s population, who depend on public transit — by diverting $8 million in federal funding from DDOT to SMART.

Filing the complaint jointly with the union were 842 Detroit transit riders. Local 26 President Fred Westbrook made it clear that the union is not opposed to having one regional transit provider. The issue is the racist treatment of Detroit, which is 85 percent African American and has a 40 percent poverty rate. Suburbanites in Oakland County, with a poverty rate of just 10 percent, have the option of leaving their cars at home and taking public transit. Poor Detroiters need the buses to get to the suburbs, where the jobs are.

For the RTA to begin operating, voters in a four-county area must approve a property tax increase in November. Initially, two suburban representatives on the RTA board, Oakland County Executive L. Brooks Patterson and Macomb County Executive Mark Hackel, blocked the plan from going before the voters. Patterson, Hackel and the two others who voted with them reversed their vote after a new deal gave concessions to the suburbs.

Patterson has a long history of racism, going back to his opposition to school desegregation in Pontiac, Mich., in the 1970s, when he was associated with the Ku Klux Klan.

By uniting with the bus-riding public in the fight against racism, the union is demonstrating real social justice unionism in action.