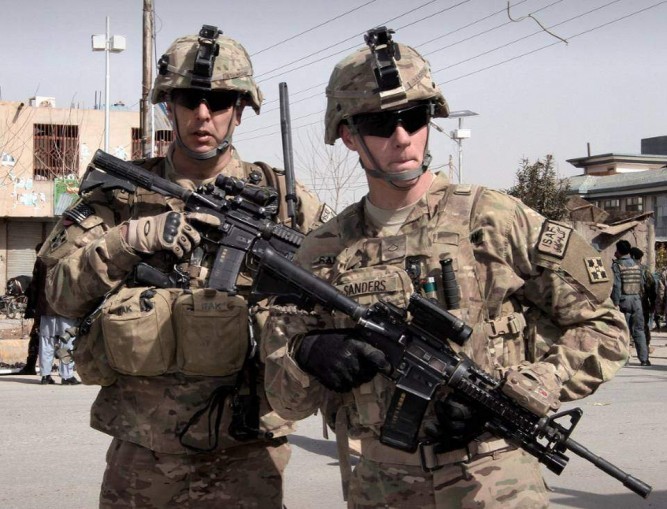 In October, the Pentagon will have occupied Afghanistan for 15 years. It is already the longest-running U.S. imperialist war in history. And there is no end in sight.

Despite earlier presidents’ promises to end the U.S. occupation years ago, and Obama’s promise that the U.S. would completely withdraw its troops by the end of his term in office, the president announced on July 6 that 8,400 U.S. troops would remain in Afghanistan “into next year,” through the end of his administration. Obama said that “the security situation in Afghanistan remains precarious.” Pro-war senators like Republicans John McCain and Lindsey Graham hailed this decision.

After the 9/11 attacks, using the excuse that the Taliban regime was “hosting” al-Qaida in Afghanistan, the Pentagon in October 2001 invaded that country, one of the poorest on the planet, installed a “friendly” government, and has tried to crush any opposition to its occupation with a full array of its most modern weapon systems, including its dreaded drones. That effort has failed.

In October 2015, U.S. AC-130 gunships repeatedly bombed and strafed a hospital in Kunduz operated by the charity group Doctors Without Borders/Médecins Sans Frontières. At least 42 people were killed, including doctors, nurses and patients lying in their beds. MSF called this savage attack “relentless and brutal.” (Aljazeera.com, April 29)

The U.S. has spent vast sums from the people’s treasury to fund its war in Afghanistan. By the end of 2014, the total was $1 trillion. In a country of 30 million people, where the average annual income is just $670, the Pentagon has spent more than $33,000 per Afghan citizen to wage its devastating war. (blogs.reuters.com, Oct. 1, 2015)

Along with his troop level announcement, Obama had to admit that the war has aggravated the global refugee crisis. At least 15 percent of the hundreds of thousands of people fleeing their homes from the Middle East, South Asia and Africa to Europe are from Afghanistan, he said.

The Obama administration, with Hillary Clinton at the helm at the State Department, escalated the already existing war in Afghanistan. U.S. troops grew from 25,000 in 2007 under George W. Bush to 100,000 in 2010 as Obama conceded policy to the Pentagon generals. Declaring that the U.S. had “met its goals,” the Pentagon began to withdraw troops. Obama announced that the U.S. would be able to have all U.S. troops removed by the end of 2016.

But the July 6 announcement means that the U.S. brutal war and occupation have failed to quell the insurrection that the occupation itself generated.

The origins of the Taliban, like al-Qaida, can be traced directly back to the CIA proxy war in the 1970s and 1980s against a progressive government that was supported by the Soviet Union. A full six months before the Soviet Union sent troops into Afghanistan, the CIA began a huge operation to funnel arms and supply training to feudal warlords in order to topple the government in Afghanistan.

Asked if he thought that backing Afghan reactionaries like al-Qaida was a bad idea, Zbigniew Brzezinski, who was U.S. security advisor under President Jimmy Carter, responded: “Regret what? The secret operation was an excellent idea. … The day the Soviets officially crossed the border, I wrote to President Carter: We now have the opportunity of giving to the USSR its Vietnam War.” (Stanford.edu, June 3, 2002)

Called Operation Cyclone, this was the largest single CIA operation ever. “Somewhere between $3–$20 billion in U.S. funds were funneled into the country to train and equip Afghan resistance groups with weapons.” (liveleak.com, Oct. 7, 2008) The ensuing U.S.-supported, decade-long civil war devastated Afghanistan, costing 1 million Afghan lives and forcing 3 million to flee into Pakistan.

U.S. imperialism has created a hell on earth in Afghanistan, in Iraq, in Libya, in Syria, Yemen and elsewhere. These brutal wars and occupations create more outrage and hatred and only benefit weapons dealers, oil companies and Wall Street bankers. They must be opposed at every turn! U.S. out ofAfghanistan!