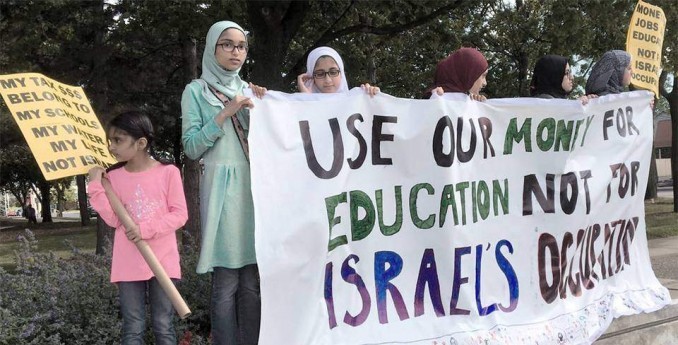 International Al-Quds Day is celebrated all over the world on the last Friday of the holy month of Ramadan. This year it fell on July 1. Al-Quds day was created by Iran in 1979 to inspire international opposition to Zionism. (Quds is the Arabic name for Jerusalem.)

In Dearborn, Mich., the Al-Quds Committee organized its annual rally with the slogan, “Americans First, Not Apartheid Israel.” The majority of protesters were of Lebanese descent, together with Palestinians and other nationalities.

The rally’s general message was opposition to the $3.7 billion given to Israel by the U.S. Speakers included community sheikhs as well as Alison Weir, from If Americans Knew, an organization that educates people about U.S. policy in the Middle East. Speakers brought up communities near Dearborn where pressing issues are more in need of the billions sent to Israel. These include the collapsing Detroit Public School system, yet to be bailed out, as well as the Flint water crisis, where the city has received less than $100 million in aid to fix its crumbling infrastructure.

Actions called for at the rally were to “have conversations” and to be more mindful and critical of whom one votes for. But voting isn’t the route to ending Israeli apartheid.

The action we need to take is to continue getting out in the streets and demanding that human rights and needs have to be placed above profit. 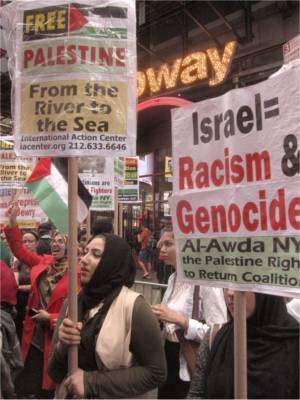 At the Al-Quds rally in New York City, hundreds of people gathered in the rain in Times Square and demanded an end to all U.S. aid to Israel. They also called for the return of Palestine to the Palestinian people and protested a recent executive order by New York Gov. Andrew Cuomo targeting the BDS movement.

At the Boston Al-Quds rally in Copley Square, Sister Nuzaiba Haider called for opposition to imperialism and Zionism fomenting instability in the Middle East and for solidarity with the “oppressed of the world.” Placards proclaimed “U.S. dollars fund Israeli war crimes.” The rally was coordinated with worldwide actions sponsored by the Muslim Congress. Also participating was the International Action Center-Boston with a banner demanding “Self-determination for all Arab nations, Victory to Palestine!”