June 15 marked two months since the disappearance of the famous Russian left activist and political prisoner Andrei Sokolov, who was kidnapped by unknown assailants in Ukraine immediately after his release from the courtroom. 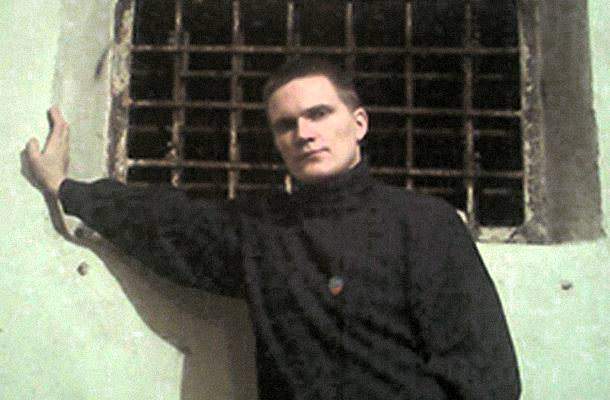 Andrei Sokolov, who comes from a poor family, joined the Russian left movement in the 1990s. In 1997 the young communist, who worked as a baker, was arrested for the first time for destroying a plaque memorializing the family of Russia’s last Czar. Sokolov spent two years in prison, and after his release, he was arrested again in 2000 on suspicion of mining the reception office of the Federal Security Service (FSB) in Moscow. The charges were unsubstantiated, but weapons were planted on Sokolov and he was sentenced to five-and-a-half years in prison. When he regained his freedom, the communist began working as a turner [lathe operator], despite the fact that in prison Andrei’s eyesight had greatly weakened. For many years he was under pressure from the Russian authorities, who detained him several times under false pretenses.

In the fall of 2014, Andrei Sokolov went to the Donbass, where he spent just two weeks in the Donetsk People’s Republic (DPR). On Dec. 16, 2014, he accidentally drove into a checkpoint of the Armed Forces of Ukraine (APU), where he was arrested and charged with “aiding a terrorist organization.” From then until April 2016, Sokolov was held in Ukrainian prisons. According to the Russian’s lawyer, Valery Avzhenko, the prosecution did not have enough evidence to convict the prisoner, and all the “proof” of his guilt was obtained under duress, in violation of the norms and requirements of the Code of Criminal Procedure. Despite this, Andrei Sokolov agreed to a deal with the prosecution, which promised to release him in exchange for a confession of guilt.

On April 15, 2016, the court in Berdyansk, Ukraine, handed down a sentence of two years and seven months’ imprisonment to the communist. As the Russian political prisoner had spent nearly a year and a half in jail, this period was calculated on the principle of “two days served” for every day he was jailed, as provided under Ukrainian legislation. Thus, Sokolov had already officially served his sentence and was released from custody. However, upon leaving the courthouse, he was seized by four unidentified men, who took him away in a car.

Two months have passed, but the fate of the Russian communist remains unknown. Numerous requests from Andrei’s mother and representatives of the Consulate General of the Russian Federation have gone unanswered. According to human rights activists and lawyers, Sokolov could have been kidnapped by Ukrainian far-right forces or taken to one of the secret prisons operated by the Security Service of Ukraine (SBU). In early June, the United Nations said that the Ukrainian authorities did not permit international observers to visit these prisons. According to the UN report, the prisoners there are held without charge or trial. Relatives and lawyers are not allowed to visit, and “methods of physical and psychological pressure” are used — in other words, torture.

The life and health of Andrei Sokolov are under serious threat. Turning to the authorities of Ukraine, Russia and the European Union, to the international community, human rights defenders and journalists, we demand that all necessary measures be taken to locate the Russian communist, restore his freedom and punish those who bear criminal and political responsibility for his cynical abduction.

In this struggle we are especially counting on the support of left and democratic organizations worldwide. The fate of Andrei Sokolov proves once again that there are cases of unlawful kidnapping of leftists in Ukraine, and that the country operates secret prisons contrary to all norms of international law. All this is reminiscent of the worst pages in the history of right-wing terror, when “death squads” abducted and disappeared people for their political views. Unfortunately, this is being repeated in our country.

No to political repression in Ukraine!
Freedom for political prisoners!

The International Action Center joins the call demanding freedom for Andrei Sokolov and all political prisoners of the U.S.-backed regime in Ukraine. Readers are urged to call the White House comment line at (202) 456-1111 and the Embassy of Ukraine at (202) 349-2963. You can also send written messages to the White House at www.whitehouse.gov/contact and email the Embassy of Ukraine at [email protected]. Demand that Washington and Kiev reveal the whereabouts of missing Russian citizen Andrei Sokolov, that he be released immediately, and that those who illegally detained him be found and prosecuted.