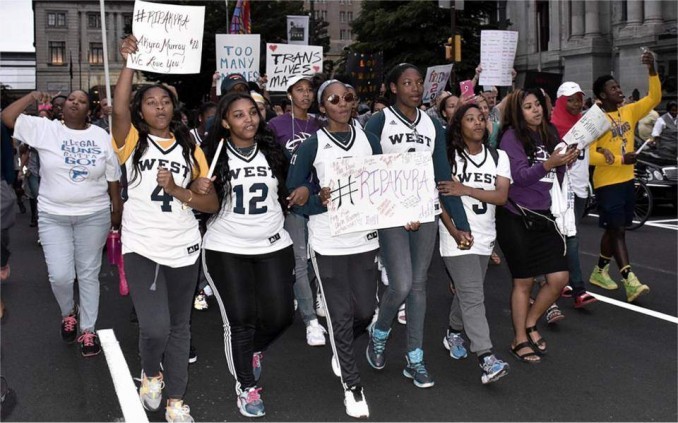 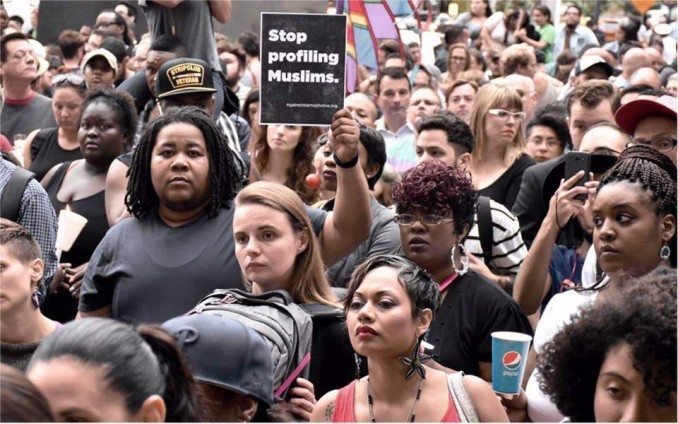 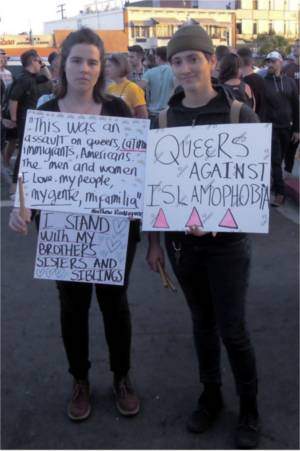 Solidarity events have been held across the U.S. as well as in Albania, Australia, Belgium, Britain, Canada, China, Ecuador, France, Italy, Japan, Kenya, Morocco, Netherlands, Nicaragua, Poland, Serbia, Singapore, Spain, Sweden and Tunisia in response to the mass shooting at the Pulse nightclub in Orlando, Fla., on June 12. (weareorlando.org) Here are reports on just a few of those in the U.S.

In New York City, LGBTQ people and their allies gathered in front of the Stonewall Inn, site of the rebellion against police brutality in 1969 that heralded the modern LGBTQ liberation movement, on June 12. Many activists there demanded that the Orlando shooting not be used as a pretext for more Islamophobia, and that the U.S. government’s systemic racism and anti-LGBTQ bigotry was to blame for the tragedy.

In California, several thousand gathered at the half-staff rainbow flag in San Diego’s Hillcrest community on the evening of June 12 to mourn. One woman’s sign read, “This was an assault on queers, Latinos, immigrants, Americans, the men and women I love, my people, my gente, mi familia.”

An estimated 5,000 people — Latinos/as, Blacks, whites and Muslims of every gender expression — came out on the day after the killing horror in Orlando at Philadelphia‘s City Hall. Religious, political, Latino/a queer spokespeople and others began the rally as the large gathering spilled into the street. After officials left, along with the sound system provided by the city, activists brought out their own sound system, allowing more community representatives to speak. The West Philly Catholic High School basketball team showed up to speak and march to mourn the loss of 18-year-old Akyra Murray, a recent graduate and one of the 49 killed in Orlando. The event ended with a march in the streets around City Hall.

Bob McCubbin and Joe Piette contributed to this article.