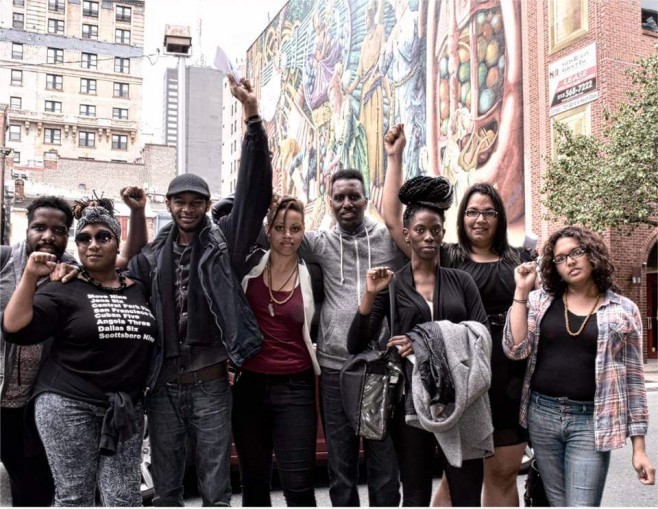 The Black and Brown Workers Collective and supporters took to the streets on June 1 to call out racist, classist, transphobic and homophobic policies and practices in the HIV/AIDS nonprofit sector in Philadelphia. Marchers chanted: “No more racist organizations!” and “Blood in our communities! Money in their pockets!”

The protest specifically targeted Philadelphia FIGHT, an AIDS service agency, for raising the money for its expenses off the needs of Black and Brown communities while discriminating against workers who come from these communities. BBWC represents current and former workers at FIGHT, the Mazzoni Center, GALAEI (the Gay and Lesbian Latino AIDS Education Initiative) and other nonprofit agencies.

Led by Black and Latina workers who lost their jobs for speaking out against oppressive work conditions, the march stopped by outreach offices of the nonprofit in Center City Philadelphia. FIGHT had put its main office in lockdown status in response to the protest, which came six weeks after BBWC presented FIGHT director Jane Shull with a list of proposals to improve conditions for workers of color. Shull was informed that BBWC would return if she failed to respond.

The June 1 protest began at the AIDS Activities Coordinating Office of the Philadelphia Department of Health, one of the FIGHT funders. BBWC demonstrators delivered a list of demands that included the firing of Shull.

The BBWC “Call to Action” enumerated 18 institutional practices at FIGHT that adversely affect Black and Brown workers, particularly those who identify as transfeminine.

Other demands include evaluation of FIGHT’s hiring and firing practices to more equitably represent communities most impacted by the current HIV/AIDS epidemic; termination of specific staff whose policies were cited as particularly racist and offensive; and funded equal access to ongoing professional development for Black and Brown workers.

Black and Brown workers have been targeted and even fired for speaking out against FIGHT’s oppressive practices. Shani Akilah, who is one of those fired, said: “Workers are united to demand justice and a change in organizational culture. FIGHT has a long history of this type of discrimination. We are tired of the retaliation. Workers who are still on their jobs are united with us.”

Victoria Lopez worked at FIGHT as a phlebotomist for three years and then was forced to leave because of sexual harassment unaddressed by management. She was also asked to provide translation services with no additional compensation.

Viviana Ortiz, another former FIGHT worker, was sexually assaulted and harassed by a participant in the program. She charged management with failing to protect her and other Black and Brown employees. Speaking outside FIGHT’s Center City office, Ortiz asserted that if she were a “blue eyed, blonde-haired staff person, the client would be long gone.”

In Pennsylvania, the private nonprofit sector employs almost 15 percent of the state’s workforce, more than any other sector. In Philadelphia and surrounding counties, employment in private nonprofits is closer to 40 percent. A 2013 study by Nonprofit HR Solutions found only 32 percent of U.S. nonprofits reflect the diversity of the communities they serve in hiring and promotional practices. (tinyurl.com/j29uqnm)

As the BBCW workers marched through Center City, they received an outpouring of support from people on the streets. Members of the Philadelphia Coalition for R.E.A.L. (Racial, Economic and Legal) Justice, Philadelphia Black Lives Matter, the Womanist Working Collective and Workers World Party joined in the action. For more information, contact [email protected]