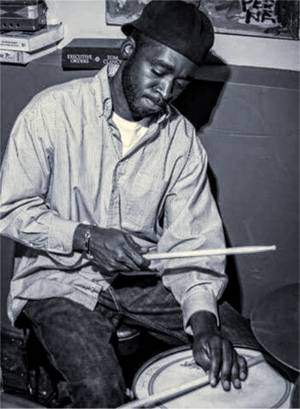 A Florida cop who shot and killed musician Corey Jones in October 2015 was finally indicted by a Palm Beach County grand jury for manslaughter and attempted murder on June 1. Nouman Raja, who shot Jones, could face life in prison if convicted.

A city housing authority worker and a popular church band drummer, Corey Jones was beloved by family and friends in the African-American community of Boynton Beach. He had just turned 31 when he was cut down. Public meetings of hundreds demanded “Justice for Corey Jones!” The Black Lives Matter movement amplified pressure on Florida officials to fully investigate Jones’s killing and prosecute his killer.

In a statement, Jones’s family said they were relieved Raja was charged for this “reckless” act, adding, “While we understand that nothing can bring back our son, brother and friend, this arrest will send a message that this conduct will not be tolerated from members of law enforcement.” (theguardian.com, June 1)

On the night of Oct. 18, Jones was on his way home from a music gig when his van broke down on an interstate highway in Palm Beach County. Fearful of being robbed of his expensive musical equipment, he owned and carried a properly licensed pistol.

Plainclothes cop Nouman Raja pulled up in an unmarked van, got out and confronted Jones while Jones was on his cell phone speaking to a roadside service center. What happened next was recorded in shocking detail on Jones’s phone. At no point in the recorded conversation did Raja identify himself as a cop.

“There is no question that Jones ran away from Raja,” court documents state in the Guardian article. “Despite this observation, realizing that Jones had thrown his handgun in the grass near the rear of Jones’s vehicle, Officer Raja continued to fire at Jones as he ran away.”

Indictment of this killer cop is a great victory, a rare exception in this era of nonstop police murders. The Raja indictment shows that growing outrage and community pressure, expressed by the Black Lives Matter movement, is having a strong impact on the racist police, the courts, and the social and economic system that stands behind them.