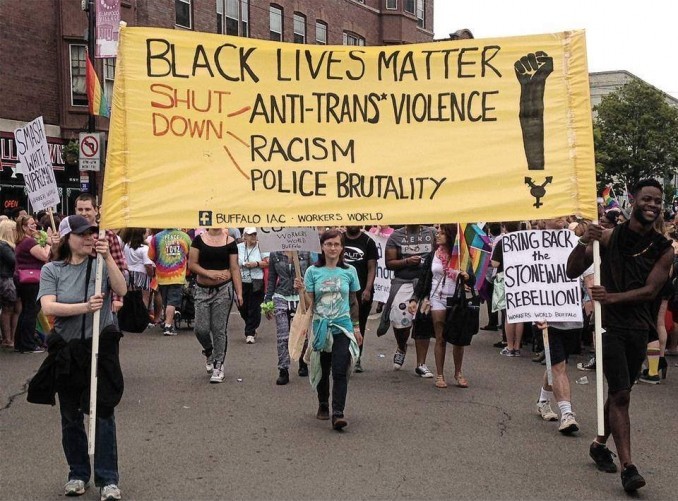 On June 5, a youth contingent of Workers World Party and the International Action Center marched in the Buffalo Pride parade in anti-racist solidarity with the Black Lives Matter movement and against transphobic violence. This militant contingent was unique given the many corporate entries in the parade and drew a tremendous response from the crowd. Everywhere people raised fists and loudly cheered on the contingent, whose demands included an end to racist police brutality and anti-trans violence.