The U.S. has begun to implement its Enhanced Defense Cooperation Agreement (EDCA), recently signed with the Philippines, by building up its forces in the island country for military intervention directed at all of East Asia and the Pacific.

The following quote from U.S. Army Sergeant Riley contained in the “Lodge Committee Report Summary: Secretary Root’s Record of ‘Marked Severities in Philippine Warfare,’” based on the committee’s 1902 hearings on U.S. war crimes, shows what increased U.S. military presence in the island country has really meant:

“Arriving at Igbaras at daylight, we found everything peaceful; but it shortly developed that we were really ‘treading on a volcano.’ The Presidente (or chief), the priest, and another leading man were assembled, and put on the rack of inquiry. The presidente evaded some questions, and was soon bound and given the ‘water cure.’ This was done by throwing him on his back beneath a tank of water and running a stream into his mouth, a man kneading his stomach meanwhile to prevent his drowning. The ordeal proved a tongue-loosener, and the crafty old fellow soon begged for mercy and made full confession. … The presidente was asked for more information, and had to take a second dose of ‘water cure’ before he would divulge.” (tinyurl.com/zosgbk8)

This form of horrendous torture, today called “waterboarding,” may be treated in the media as a departure from otherwise “humane” methods of warfare used by the U.S. military. But this exposure of the ugly truth came out more than 110 years ago, after the U.S. Army seized the Philippines from Spain. There, the U.S. carried out a ruthless “scorched earth” campaign to suppress an independence struggle led by Emilio Aguinaldo. 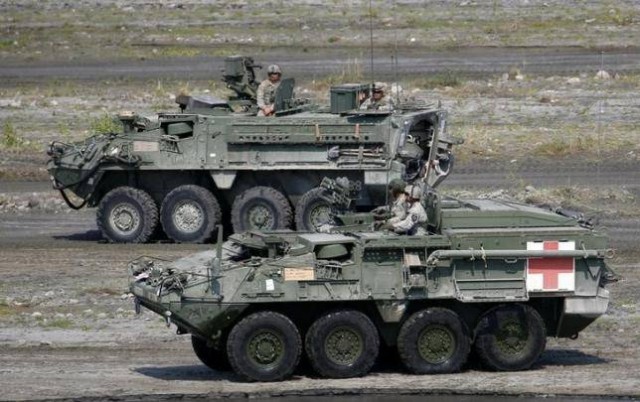 That U.S. war in the Philippines cost as many as 220,000 Filipino casualties, according to U.S. records; some reports say many more. It was part of the opening salvo by U.S. imperialism in its overall strategy to dominate the entire Pacific basin. It is a strategy that has also cost millions of lives in Japan, Korea, Vietnam, Laos, Cambodia and Indonesia. And it is a strategy that remains in full force today.

On April 14, U.S. Secretary of Defense Ashton Carter announced that the Pentagon is sending troops and weapons on “regular rotations” to the Philippines and that the U.S. and the Philippine military will conduct “joint patrols” in the South China Sea. The Pentagon has also been holding joint maneuvers with the Japanese military. (reuters.com, April 14)

The Pentagon’s “initial contingent” of military aircraft in the Philippines will include five A-10C Thunderbolt II ground attack aircraft, three HH-60G Pave Hawk helicopters and a MC-130H special operations aircraft. Some 200 U.S. airmen will service the aircraft through the end of the month, Carter said. In addition, 75 U.S. Marines will be stationed permanently in the Philippines to support “increased operations in the region.”

The U.S. military kept large naval and air bases in the Philippines after taking the country back from Japanese imperialism toward the end of World War II. A massive struggle by the Filipino people forced the U.S. to close all its huge military bases in 1991. Washington has now pressured the Philippine government to reverse that hard-won policy.

Washington argues it will use these joint patrols and permanent stationing of U.S. troops to defend Philippine sovereignty, as opposed to China’s presence in waters and islands near the Philippines. While it is true that Washington’s military maneuvers target China as well as north Korea, its goals have nothing to do with Philippine sovereignty.

These joint maneuvers have sparked opposition by progressive Filipino organizations. On April 4, hundreds of people demonstrated against them in front of the U.S. Embassy in Manila. Inside the U.S., the organization Bayan-USA organized phone calls opposing the EDCA, starting in January. Its suggested script pointed out that “The EDCA violates Philippine sovereignty, and will result in the return of U.S. military bases, devastation of the environment, and more violence against Filipino people, including women and children.”