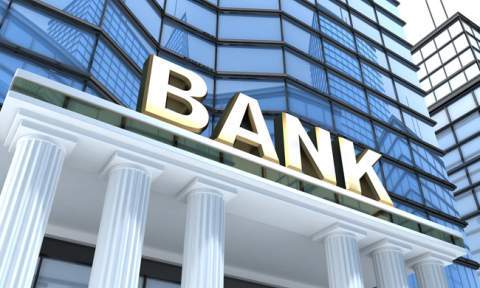 “Too big to fail.” How often have we heard that recently? The Federal Reserve Board says that five U.S. banks are too big to fail: JPMorgan Chase, Bank of America, Wells Fargo, Bank of New York Mellon and State Street. Not all are household names, but they’re big, all right. Together, they have almost $9 trillion in assets.

Where did all that wealth come from? After all, it’s just paper, or gold bars, or electronic numbers, that wouldn’t be worth anything if there weren’t hundreds of millions of workers all over the globe creating the products and services that money can buy.

How could this happen? If a financial crisis leads to gridlock in the economy. It happened in 2008-2009 and it could happen again. And if it did, these banks and a lot of other capitalist entities “too big to fail” would turn to the U.S. government to bail them out — again.

That’s what the politicians in Washington and the financiers on Wall Street are worrying about right now. It took trillions of dollars last time to get the capitalist economy working again — and it hasn’t worked very well, except for the billionaires. Not here, not in the rest of the capitalist world either. Unemployment remains high, especially among the oppressed and young people. Wages are still low.

As we’ve written before, capitalism in this high-tech, globalized era is at a dead end. To function, it needs to expand. To expand, it needs customers. But production that is more and more robotized and high-tech doesn’t need many workers. In fact, for the workers this has been an era of layoffs and low wages, not the transition from working class to “middle class.” So who’s going to buy everything? Capitalism is facing a dead end, with nowhere to go.

All kinds of artificial means have been tried to pump up the economy. Mainly this has meant amassing huge amounts of debt in the hope this will give the system the needed jolt. Instead, it has become an albatross around their necks. The bigger the debt, the harder the fall.

The obvious failings of capitalism are fueling two political movements in the U.S. The far-right, who are behind Trump for now but are likely to swing behind Cruz, want to increase repression in the face of looming disaster. The more liberal, and even left, movement is looking to Sanders to take on Wall Street, at least to regulate the big banks. Nothing like the Sanders movement has happened in this country for a long, long time, and shows the severity of the crisis that already exists.

Come a financial crisis, what will happen? Would any U.S. president, conservative or liberal, resist the pressure to keep the big banks from going under, which would require feeding them more trillions of the people’s hard-earned ­dollars?

Regulation of the banks is not enough. It’s a bandaid on a gaping wound. What is really needed is for a government run by the people to seize the banks and the corporations and use the wealth they have stolen from the workers to rebuild our cities, the infrastructure, and the environment that has been so destroyed by the for-profit system. For that we need to look beyond the elections and build a revolutionary movement against capitalism and for socialism.