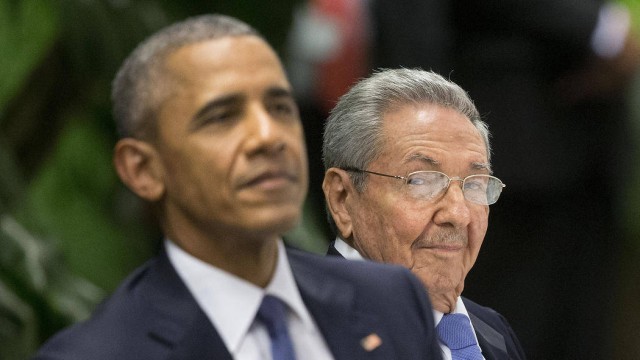 This is the second part of an article by Agustín Lage Dávila, director of the Center of Molecular Immunology in Cuba since 1991 and a member of the Cuban National Assembly of the Popular Power (Parliament) since 1993, published in CubaDebate on April 7. Lage met with the U.S. delegation visiting Cuba. Part 2 discusses differences between the Cuban and U.S. points of view. The complete article is available at tinyurl.com/hxcvjb3.

We disagree on the role that this non-state sector should have in our economy:

• They [the U.S.] see it as the main component of the economy; we see it as a complement to its main component, the socialist state enterprise. As a matter of fact, today the non-state sector, although providing nearly 30 percent of jobs, contributes less than 12 percent of the country’s GDP [gross domestic product], an indication of its limitations in terms of value added.

• They pose [the non-state sector] as equivalent to “innovation”; we see it as a sector with relatively low value added. Innovation is found in high tech and science and their links with the socialist state enterprise. Cubans’ innovative spirit has been expressed over these past few years in many other ways, such as the development of biotechnology, its medicines and vaccines; massive training in new information technologies at the University of Informatics Sciences; urban agriculture; the energy revolution; and many other achievements during the Special Period [of profound economic crisis], none of which were mentioned in our visitors’ speeches.

• They see private initiative as “empowering the people”; we see it as “empowering one part” of the people, and a relatively small part. The people’s role as protagonists is found in the state enterprises, and in our large publicly funded sector (including health, education, sports and public safety), where the real work is done for all the people and where most of the wealth is created. We can’t accept the implicit message that the non-state sector is equivalent to “the Cuban people.” This wasn’t stated so brutally, but is quite clearly inferred from the discourse.

• They tacitly separate the concept of “initiative” from state ownership. We see in the state sector our main opportunities for productive initiatives. That’s how I explained it in the Business Forum, using the example of the Molecular Immunology Center where I work, which I described as “a company with 11 million stockholders.” [Cuba’s population — WW]

• They believe in the driving force of competition (although this concept has been questioned even by serious idealogues of capitalist economies). We are familiar with its rapacious nature, eroding social cohesion, and we believe more in the dynamic, the driving force, that emerges from programs that consider the whole nation.

• They believe that the market efficiently distributes investments in response to demand; we believe the market doesn’t respond to real demand, but rather to “demand by those with money in their pockets,” and deepens social inequalities.

• They base their case on the history of corporate development in the United States, a country whose economy took off in the 19th century, under global economic conditions unrepeatable today. We know that underdeveloped nations with dependent economies face different realities, especially in the 21st century; they won’t develop their economies, or their science and technology, based on small private, competitive initiatives, or by trying to reproduce the path of today’s industrialized countries 300 years later. That would be a recipe for perpetuating underdevelopment and dependence, with an economy designed as an appendage and complement to the U.S. economy, something which Cubans already saw in the 19th century when such dependence submerged us in a single-crop economy and closed the door to industrialization. Understanding this comes from looking at history, and thus, history is something we can’t forget.

Taking the road to civilized coexistence “with our differences” means the whole Cuban people need to arrive at a deep understanding of those differences, to keep specific and apparently rational decisions on tactical economic questions from leading to strategic errors, and worse still, allowing others to push us toward such errors, by virtue of what is said and what is left unsaid.

We knew how to avoid such errors at the beginning of the Special Period, when the European socialist camp disappeared and the world was awash in the neoliberal ideology of the nineties. We will know how to do this even better now.

‘Battling in the field of ideas’

Civilized coexistence certainly distances us from the risk and barbarity of war (both military and economic), but it doesn’t exonerate us from battling in the field of ideas.

We need to win this battle of ideas in order to win the economic battle.

1. The socialist state enterprise’s efficiency and growth capacity, as well as its insertion in the global economy.

2. The link between science and the economy, through high-tech companies, with products and services of high value added, that expand our export portfolio.

3. Conscious limitation on the extension of social inequalities, through action by the socialist state.

On these fronts the Cubans’ 21st century will be decided.

The battle of ideas consists of consolidating our thinking and consensus about where we want to go and, in concrete terms, how to get there.

The Florida Straits’ waters shouldn’t be the scenario for war, and it’s very good for everyone that this be so. But for a long time, those waters will continue to separate two different conceptions of how human beings should live together, of the way people organize themselves to work and live in society, and of the distribution of the fruits of their labor. And it’s also very good that this be so. Our ideal for human society is rooted in our historical experience and in the collective soul of Cubans, brilliantly synthesized in José Martí’s thinking. He studied and understood U.S. society better than anyone of his time, and said: “Our life has no resemblance to it, nor should it at too many points.”

Capitalism’s essential belief, even among those who sincerely think so, is that material prosperity is constructed on the basis of private property and competition. Ours is that creativity is motivated by ideals of social equity and solidarity among people, including future generations. Our concept of society represents the future … even if the future takes some time in coming, conditioned objectively by the present. It still represents the future for which we have to struggle.

Private property and competition represent the past, and although this past still necessarily exists within the present, it continues to be the past.

You always have to see the concepts behind the words spoken, and the reasons why other words are left unspoken.

The battle for our ideal of how human beings should live together will be in the hands of today’s generations of young Cubans, who in their time will confront challenges different from the ones faced by 20th-century revolutionaries, but all the same great, transcendental and also more complex.

Analyzing these challenges’ complexities, I have to confess I’d like to enlist once again in the Union of Communist Youth, whose membership card (No. 7784 of 1963) sits on the desk in front of me. I’m still a communist, but I’ve had to accept that I’m no longer “young.” Yet what I can do is share with young people an analysis of what is being said today and what has been left unsaid, and together with them construct the intellectual tools we need for the battles ahead.

José Martí wrote in April 1895: “The biggest war unleashed against us will be in the realm of ideas: so we will win it with ideas.”