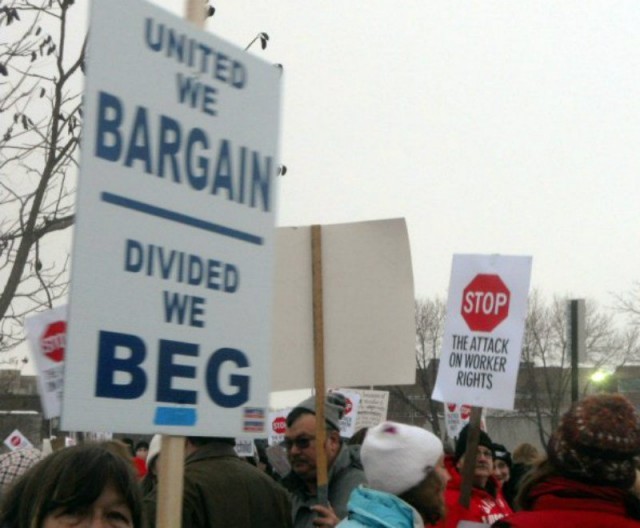 Late in March, the U.S. Supreme Court issued its decision in the long-awaited Friedrichs v. California Teachers Association case. The 4-4 ruling comes as a victory for all oppressed peoples and workers. It followed the sudden death of the racist, sexist and anti-worker Justice Antonin Scalia in February.

The Friedrichs case affects public sector unions that carry out collective bargaining. This decision allows them to continue to receive fair-share fees from nonmembers in exchange for services/benefits; it simply means they have the right to represent their own members.

The case was initially filed in 2013 and made it all the way up to the U.S. Supreme Court, which heard oral arguments in January when Scalia still had a seat. A decision in favor of the anti-union plaintiffs would have overturned the court’s 1977 decision in Abood v. Detroit Board of Education, which allowed unions in states where the public sector collectively bargains to receive from nonunion members fees that are equivalent to members’ dues, since all workers in a fair-share shop receive contractual benefits through union representation.

While this decision is definitely worth celebrating, unions and their supporters should still be on guard. According to NEAToday.org, “Dozens of similar cases are currently working their way through the federal court system, although none will end up on the court’s docket until its next term at the earliest — or not at all, depending greatly on who is sitting on the court.” (Feb. 19)

Workers have been up against union-busting legislation in many states in recent months. Scab bills such as “Right-to-Work” (for less) go hand-in-glove with the recently proposed, right-wing initiatives against LGBTQ people, from Michigan to North Carolina to Mississippi, as well as the racist so-called voter ID laws that have been recently implemented in several other states.

The reactionary and bigoted “Center for Individual Rights,” which has represented the plaintiffs in the Friedrichs case from the very beginning, also announced it is circulating a petition urging the Supreme Court to rehear the case. While it is not likely the CIR will be successful in its request to the highest bourgeois court, it is a reminder that the struggle to save public sector unions is ongoing.

Our class can only win through community-labor unity and fightback!