Late on the night of April 17, the lower chamber of the Brazilian Congress, the House, announced the results of voting for an impeachment process against Brazilian President Dilma Rousseff. After approximately six hours of voting, there were 367 “Yes” votes versus 137 “No” votes, with 7 abstentions — more than the two-thirds needed to impeach. 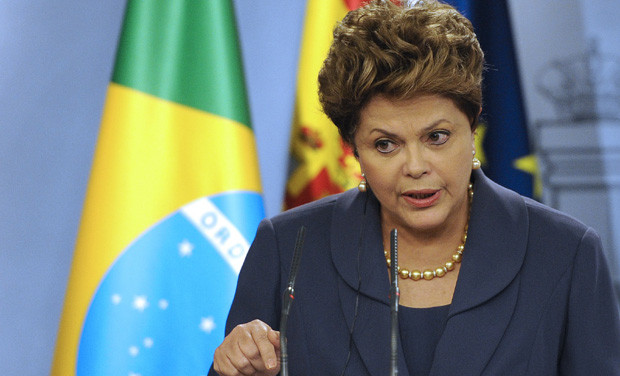 This means the process will continue in the upper house, the Senate, in a few weeks. There a simple majority will decide whether to continue the process, which will decide the future of Rousseff’s presidency. While the case against her is discussed in the Senate, President Rousseff must be removed from her position. Vice President Michel Temer will assume the presidency during that process.

Rousseff could appeal to the Supreme Court. Yet, since that court rejected consideration of impeachment before, it is doubtful it would rule on her behalf.

The long voting process in the House was reminiscent of a circus or a sporting event. Every legislator had 10 seconds to make a statement after casting his or her vote aloud, and they did. The entire event was covered live and could be watched on several websites. Like winning actors on Oscar night, the majority mentioned their relatives, their loved ones, their cities, their country or god as the reason for their vote. Those voting “Yes” made no mention of the legitimacy of the impeachment.

Applause and shouts were heard. Confetti was even fired from a toy gun after a “Yes” vote, while silence followed “No” votes. It definitely appeared to be an anti-Rousseff gladiator circus.

Behind the spectacle, a more disturbing action was taking place: the absolute illegitimacy of the impeachment. Even Secretary General Luis Almagro, of the Organization of American States, itself far from a progressive organization, wrote in a statement: “Our Organization has made a detailed analysis of the impeachment process against Dilma, and has concluded that it does not fit within the rules that govern this process.

“There is no criminal accusation against the president; rather she has been accused of the poor administration of public resources in 2014. This is an accusation that is political in character, and that does not merit an impeachment process.” (OAS.org)

Worst yet, Vice President Temer, of the conservative Brazilian Democratic Movement Party (PMDB) and instigator of the impeachment against Rousseff, together with Congress President Eduardo Cunha, has himself been implicated in the corruption scandal known as Lava Jato.

The president of the Chamber of Deputies, Eduardo Cunha, a right-wing Evangelical politician who opened the impeachment process, is under investigation by the Supreme Court for corruption and money laundering. Cunha is accused of receiving $5 million in bribes from a construction company related to Petrobras, the semi-public Brazilian petroleum company.

Many other legislators as well are subject to investigation. In the eyes of many of the Brazilian people, the credibility of the Parliament is zero.

The government and the country itself are in the midst of a severe political, economic and social crisis.

The impeachment has been followed closely not only by the country’s residents, but by the global market as well. A Bloomberg article on April 17 reported, “Investors have piled into Brazilian assets this year on speculation Rousseff’s ouster will allow a new government to push through measures aimed at pulling Latin America’s biggest economy out of its worst recession in a century and tackling an exploding budget deficit. But the severity of the problems means her likely successor — Vice President Michel Temer — will have little margin for error.”

Some of the Rousseff administration’s policies have affected the population negatively. These include neoliberal measures of privatization and cutbacks. The Workers Party (PT), Rousseff and ex-President Lula da Silva’s party, has weakened its ties with the masses even during Lula’s administration.

The economy, however, was in much better health during Lula’s government and although he made compromises with Brazil’s wealthy capitalist class, his administration was able to implement programs that uplifted the living standard of millions of people who lived in abject poverty.

While there is still support for the PT among workers and poor people, it is not sufficient to counter the right-wing attack.

In an interview with the Argentinian virtual magazine Página 12, João Pedro Stédile, the coordinator of the Landless Movement (MST), said: “A government of Michel Temer and his party, the Brazilian Democratic Movement Party, represents the agenda of the elites. What is at stake is the return to neoliberalism. They need to overthrow Dilma to make this neoliberal restoration: that is the key element of this class struggle that has intensified.

“The vote on the impeachment is essential because it evidences the interests of the dominant classes and their decision to dump on the working classes the negative consequences of the world economic crisis.” (tinyurl.com/hgd6bty)

This impeachment process might bring a resurgence of the left in a progressive movement. This would include both forces aligned with Rousseff, Lula and the PT, and those who remain critical but who oppose the right wing. Their goal would be the construction of a truly democratic proposal for the country, one that has the people in the center and not the financiers and corporations.

That such a movement might have support was shown in protests against the impeachment in many cities and in the plaza outside the Congress in the days leading to the lower chamber vote.

As Stedile said in the same interview, “There must be a reorganization [of the people] to create a great mass movement that’s able to propose new alternatives.”