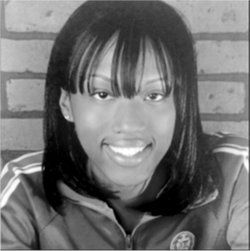 The Erie County Holding Center in Buffalo, N.Y., where most prisoners are awaiting trial, has for years been the scene of protests and angry demonstrations by the Prisoners Rights Coalition, Prisoners Are People Too and other groups. The jail and the county sheriff in charge have an extraordinary history of brutality, with so-called “suicides” and “medical events” hidden behind a wall of secrecy.

On March 18, protests to demand justice for India Cummings, a 27-year-old African-American woman, resumed in front of the Holding Center. Cummings died on Feb. 21 of multiple injuries incurred during the 16 days she was imprisoned there. The county refuses to acknowledge her death as a murder and has so far withheld information from her family as to how it occurred.

Despite the cold weather, a large determined crowd marched to the county office building and stormed the entrance. They occupied the county executive’s office and the building lobby for approximately 30 minutes before arrests were made. The Buffalo Anti Racism Coalition, which organized the protest, issued five demands:

• Resignation of Sheriff Timothy Howard, who is in charge of the Holding Center.

• An impartial criminal investigation into the death of India Cummings.

• Those found responsible for the death of India Cummings be fired and held criminally liable.

• All violations of a 2010 settlement with the U.S. Department of Justice be made public and rectified immediately.

• The Erie County Holding Center be fully transparent by releasing documents and video relevant to the case of India Cummings and other inmates who die in the Center’s custody.

More protests are planned for the near future.