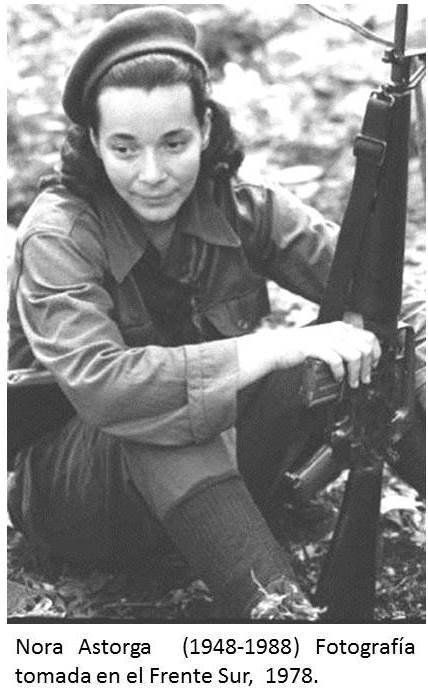 Thousands of women fighters transformed gender roles within the context of the Nicaraguan Revolution and the Sandinista National Liberation Front (FSLN in Spanish) during the intense struggle from 1978 to 1990 for national independence and self-determination, which continues to this day.

That this struggle took place during the murderous intervention of the U.S.-financed and -supported counterrevolutionary “Contras” serves as testimony to the fortitude of the women of Nicaragua. They not only sustained the Sandinista Revolution but also created a “revolution within the revolution” to further enhance the political, social and economic advances of women.

Tomás Borge, who was one of the top FSLN commanders, once wrote: “We are aware of compañeros that are revolutionaries in the street, in the workplace, in all parts, but are feudal lords of the gallows and the knife in the home. Economic development on its own is not enough to achieve the liberation of women, and neither is the fact that women are organizing. We must launch a difficult and prolonged struggle against the habits, traditions, and prejudices of men and women. We must launch a difficult and prolonged ideological struggle, a struggle equally undertaken by men and women, in Nicaragua. … Therefore it is normal, and absolutely logical, that we now speak about a new revolution: a women’s revolution.” (tinyurl.com/jyzwx7w)

The organization that took up this challenge was the Luisa Amanda Espinoza Association of Nicaraguan Women, known by its Spanish acronym ­AMNLAE, established under the nose of the U.S.-supported, right-wing military dictatorship of Anastasio Somoza García in 1977.

Luisa Amanda Espinoza was the first female FSLN combatant from the urban working class to die in battle against the Somoza regime in 1979. The AMNLAE slogan was “No revolution without women’s emancipation: no emancipation without revolution.” (Maxine Molyneux, “Mobilization without Emancipation? Women’s Interests, the State, and Revolution in Nicaragua,” Feminist Studies, 1985)

Thirty percent of combatants in the Nicaraguan struggle were women, in everything from urban support and medical needs to direct combat. Women also represented 37 percent of the FSLN in both regional and departmental positions in political administration. (Digital Envio #25, 1982)

In “Sandino’s Daughters” Margaret Randall wrote: “They viewed the Sandinista National Liberation Front as an organization focused on creating a system free of political, social and economic inequality and saw the revolutionary struggle as an opportunity to participate in the overthrow of the Somoza regime, which they believed was necessary in order to change the patriarchal society that imposed unequal relations among men and women. … Women were acutely aware of their socio-economic position, because they were the first to be affected by unemployment, inflation, and shortages.” (p. 10) 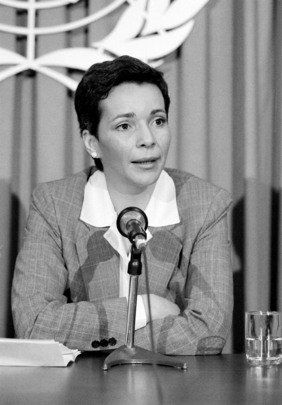 The women were up against the deeply rooted realities of economic, social and political inequality; low and unequal wages; isolation from the political process; sexual objectification and exploitation; legal obstacles to advancement and other manifestations of oppression. The heroic endeavors of these militant women show how much they were determined to change capitalist society.

Although much has changed in Nicaragua since that period, nothing can erase the lessons and ideological advancement embedded in both the memory of the “Daughters of Sandino” and the heritage they leave to future generations of women.

Among those who have contributed, some with their lives, and should be memorialized are:

Nora Astorga, mother of three children, became a famous combatant who lured away National Guard Gen. Pérez Vega (known as “Perro,” dog in English, for his brutality against civilians) and immediately executed him.