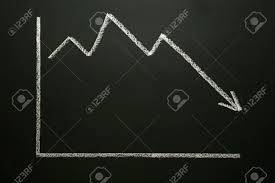 Recent electoral data indicates that the number of African Americans who are voting in the Democratic primaries and caucuses has taken a precipitous decline since 2008, when Barack Obama was elected president.

Despite the much-championed reliance by former Secretary of State Hillary Clinton’s campaign on the African-American electorate, this trend of declining participation could be an ominous sign for the Democrats in the November general elections.

Compared to their turnout in the 2008 Democratic primary, when Barack Obama was on the ballot, the number of African-American voters in the March 15 primaries declined drastically, by about 40 percent in Ohio, 38 percent in Florida and 34 percent in North Carolina.

The super PAC called “Black Votes Matter,” founded by Charlie King, warns that even though primary turnouts are normally less than in general elections, the Democratic Party must not assume that it can mobilize the necessary electoral support to ensure a Clinton victory if she maintains her lead in delegates.

“It will be very hard for the Hillary campaign alone to have a message that excites Reagan Democrats and the 4 million new Black Barack Obama voters to vote. That is why Donald Trump poses a real challenge,” King said. “And if that is not corrected … states like Ohio, Florida and Virginia can turn to Republican-leaning states. …Trump could become president.” (New York Post, March 18)

King, who has been a Democratic Party strategist, told the New York Times, “No one has captured the real dilemma in the 2016 election. It’s not a question of whether Hillary Clinton would get 90 percent of the Black vote. The question is: 90 percent of what?” (March 3)

2012 presidential election results indicated that African-American voters contributed significantly to Obama’s campaign, winning slim margins of victory over Republican candidate Mitt Romney in Florida by 50-49 percent, Ohio by 50-48 percent; Virginia by 51-48 percent and Pennsylvania by 52-47 percent. A higher African-American turnout is presumed to have been decisive in winning a Democratic nominee in North Carolina for the first time in decades.

The Times noted, “Even Mrs. Clinton’s strong victory in South Carolina, which was celebrated for her dominance among African-American voters, obscured a decline in Black turnout of about 40 percent.” (March 3)

Nonetheless, Clinton’s supporters suggest that the prospects of a Trump victory, if he receives the GOP nomination, will inspire traditional Democratic constituencies to vote in great numbers in November. Robert Zimmerman, Clinton fundraiser, said, “There will be a spiritual fervor for Democrats to come out and vote.” (NY Post, March 17)

Meanwhile, a growing number of African Americans and other oppressed groups are voting for Sen. Bernie Sanders, illustrating the lack of enthusiasm for Clinton. The exit polls showed this in Ohio, Illinois and Missouri, where African-American support for Sanders rivaled that in Michigan. While Clinton won the majority of African-American votes, Sanders increased his percentage in these states, compared to his performance in the South.

Exit polls say Sanders did not exceed 20 percent of the Black vote in Southern states, but he won 28 percent in Michigan and Ohio, 29 percent in Illinois, and 32 percent in Missouri. (ajc.com, March 17)

In Michigan, where Sanders staged an upset against Clinton, voter turnout exceeded expectations. Some 2.5 million cast ballots — the largest level of participation since 1972, when George Wallace won the Democratic primary there over the cross-district busing issue.

However, more Republicans turned out than Democrats. Some 1,322,742 voters participated in the Republican primary, giving Trump a victory, while 1,193,169 voted in the Democratic primary. (mlive.com, March 9)

This participation level is reflected throughout the entire Democratic electoral base where Clinton is the favorite candidate among the party hierarchy and its Wall Street backers.

The March 3 New York Times said, “In Nevada, exit polls suggested that Hispanic voters — who have helped push the once deeply Republican state toward Democrats in national elections — voted in significantly lower numbers than in 2008. In Iowa, where Mrs. Clinton barely won after a hotly fought battle with Sanders, exit polls suggested that turnout for voters under the age of 30 dropped by roughly 40 percent from 2008.”

The closeness of the primary results in Illinois, Clinton’s home state, and Missouri, portends much for the general election’s outcome, in relation to the degree of interest in supporting Clinton. Although Democratic Party leaders and elected officials speak confidently about the July convention, there are still 31 more primaries and caucuses.

Despite suggestions that Clinton is on her way to clinching the nomination, she only leads Sanders by 317 delegates, with 1,147 to Sanders’ 830. Illustrating how undemocratic is the selection process for nominees, 712 superdelegates have pledged their allegiance to Clinton, giving her the advantage. These superdelegates can allegedly switch to Sanders’ side if he over­comes Clinton in the upcoming elections.

Largely due to the Trump campaign, the Republicans have a greater turnout in primaries and caucuses than do the Democrats. The March 14 San Diego Union Tribune noted — with graphs of states’ electoral participation — that “Republican voters have been turning out in record numbers in the primary contests held so far. Democrats on the other hand are showing up in lower numbers than they did in 2008, the last open election.”

No matter which party wins, nationally oppressed and working people will face the necessity of building an independent political movement to challenge and defeat the inevitable programs of economic austerity, state repression and imperialist militarism.