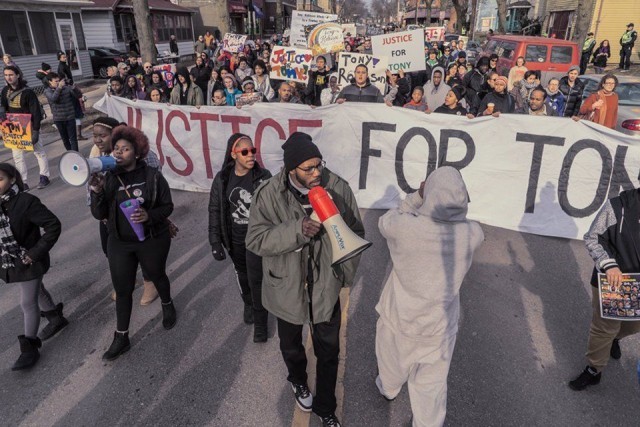 Hundreds marched and joined in other events in Madison, Wis., on March 4 through 6 to demand justice and to honor the life of Tony Terrell Robinson. Robinson was killed a year ago on March 6, 2015, by police officer Matt Kenney, who is now back on the police force after no criminal charges were brought against him.

On March 6, Madison protesters were joined by Nate Hamilton, a leader of the Coalition For Justice in Milwaukee. Hamilton’s brother, Dontre Hamilton, was shot 14 times and killed by police officer Christopher Manney on April 30, 2014, in broad daylight in downtown Milwaukee. No state or federal charges were brought against Manney and he’s now receiving disability pay.