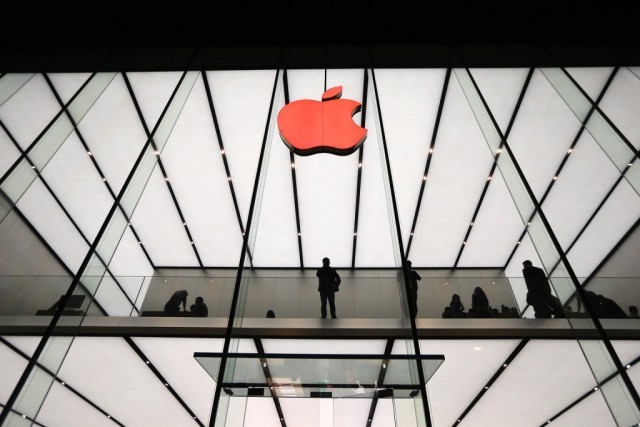 The FBI has an iPhone used by Syed Rizwan Farook, an accused shooter in the San Bernardino, Calif., attack. A judge has ordered Apple to assist the FBI in breaking the passcode encryption that blocks access to the device. Apple CEO Tim Cook has defied that order, saying that to do so would risk the security of all iPhones.

That’s the official story, but it’s not the real story.

Edward Snowden, the former National Security Agency contractor, says the facts are being obscured and there is every reason to be skeptical of the official story.

The fact is that Apple has already helped the FBI extensively in this case. It made Apple engineers fully available and has already provided the full data from the device’s last backup, a backup made six weeks before the shootings. That’s a lot of information.

If you don’t know, the iPhone keeps a record of everything you do: where you go, where you shop, what you eat and more.

The iPhone itself was not Farook’s personal phone. His personal phone was destroyed before the shootings took place. The iPhone that the FBI has is Farook’s work phone and is the property of the San Bernardino County Health Department, which gave full permission for the search. So there is no Fourth Amendment privacy issue involved in the case, nor does Apple say that the right to privacy is the issue.

Tim Cook says the issue is security and in his public letter says that Apple does not want to build a backdoor into its devices because of security concerns. But all Apple devices already have one or more backdoors. Apple regularly uses the existing backdoors to give access to the data on Apple devices to the government’s police and spy agencies.

A backdoor, using the definition found on Wikipedia, is a way to bypass normal security on a system. A backdoor may be a hidden part of the system, a separate program or may be part of the hardware. Although normally hidden, in some cases backdoors are deliberate and widely known, and may have somewhat legitimate uses, such as providing the manufacturer a way to deal with users losing passwords. For example, default passwords can function as backdoors if they are not changed by the user.

On Apple devices, a common backdoor is the iCloud backup. It gives Apple access to all the contents on the device without having to use the encryption passcode. Apple uses this as a feature to recover users’ personal data, such as photos, when a device has been lost or stolen. That also means, however, that it’s a backdoor that Apple can regularly use to turn over users’ data to the feds.

What the FBI is asking for in this case is an operating system modification that would allow repeated bad password entries. The modification would allow the FBI to easily crack iPhone passcodes in minutes. But they don’t need this for access to Farook’s iPhone.

John McAfee, founder of the McAfee antivirus software company, wrote on the Business Insider website on Feb. 18 that the FBI could do it on its own. “I’ll decrypt the San Bernardino phone free of charge,” is the title of his commentary. (tinyurl.com/jdm9ks6) Security technologist Bruce Schneier says that the intelligence agencies have already cracked the iPhone encryption and agrees that the FBI could do it themselves. (tinyurl.com/gmrfkwh) The German magazine Der Spiegel reported in 2013 that the NSA has complete access to the iPhone, and that they can activate the microphone and camera without the device’s owner knowing. (tinyurl.com/kradbdq)

In an interview conducted on the BBC’s “Panorama” program last October, Edward Snowden said that government spies can hack into any phone to listen in to what’s happening in the room, view files, messages and photos, pinpoint exactly where a person is, and monitor a person’s every move and every conversation, even when the phone is turned off.

The FBI hasn’t said why they didn’t ask the NSA to give them access to Farouk’s phone.

Records not on the phone

Apple, in its appeal of the court ruling, has shown that the FBI has lied about many of the details of the case. Not only has Apple given full assistance to the FBI all along, but the company also told the FBI how to force a full backup of the device to the iCloud. The FBI mishandled that and failed to force a backup, which would have given them easy access to the data they say they are seeking.

The FBI also claimed in court that what it was requesting would be for this single phone, but Apple showed in its appeal that the Justice Department has already made requests for this same procedure for 12 other cases. The FBI lies. It hasn’t really changed its mode or methods from its most notorious days as former FBI director J. Edgar Hoover’s secret police force.

The Justice Department — the FBI is the enforcement arm of the Justice Department — made an unusual charge in its court response to Apple’s stand: “Apple’s current refusal to comply with the Court’s Order, despite the technical feasibility of doing so, instead appears to be based on its concern for its business model and public brand marketing strategy.”

Apple is the world’s richest transnational corporation, ranked number one in the Financial Times Global 500 since 2012. That is, it was number one until last month, when it was passed by Alphabet, the Google parent company.

Apple is in a neck-and-neck battle with Google, and to a lesser extent with Facebook, Microsoft and Amazon, to be the primary portal to the digital world. It is a classic battle for world domination — and it is intense.

Apple’s business model is to sell high-end devices at a premium price. Google and Facebook give free access and collect extensive data on their users, which they then sell to others, such as advertisers.

Apple has to convince people to buy its product over free or less expensive options. One of Apple’s key claims has been that it guarantees privacy and security. What the Justice Department revealed is that there is a back way into an iPhone. Apple’s marketing had implied that that didn’t exist or had been closed with its latest software update.

Since this vulnerability was revealed, the New York Times, which is heavily invested in Apple and its products, reported that Apple had launched an internal operation to close this now widely known hole.