On Jan. 1, 1863, President Abraham Lincoln issued the Emancipation Proclamation, which ostensibly eliminated chattel slavery in the antebellum South. However, the Civil War, fought over the secession of the slave-holding states from the Union, was far from resolved. It took another two years for the Confederacy to collapse.

In the Civil War’s concluding months, the question arose of how the nearly 4 million enslaved Africans and some 500,000 others designated as “free” were to be treated when the states rejoined the country under Washington’s leadership. This was a major cause of concern to the ruling class. Even Lincoln was not convinced that Africans should be given full citizenship rights, and questioned if they should be deported to Africa or Haiti.

As a result of the heroic role Africans played in the plantation system’s breakup and the Confederate military’s defeat, the demand for land and reparations emerged from the advanced ranks of the African resistance forces. They were not willing to accept a form of neoslavery after Confederate President Jefferson Davis and Gen. Robert E. Lee surrendered.

Therefore, prior to Gen. William T. Sherman’s issuance of Field Order No. 15 on Jan. 16, 1865, and subsequent military, administrative and legislative actions, Africans sought to liberate themselves from human bondage and national oppression. 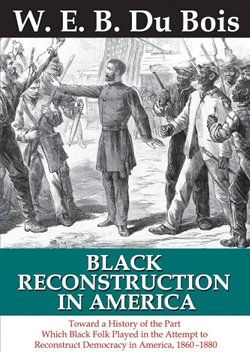 W.E.B. Du Bois’ seminal work was titled “Black Reconstruction in America: An Essay Toward a History of the Part Which Black Folk Played in the Attempt to Reconstruct Democracy in America, 1860-1880.” Published during the Great Depression, the book reflects on the liberation process initiated by African people. (Harcourt Brace, 1935)

In a key chapter titled “The General Strike,” Du Bois writes: “This was not merely the desire to stop work. It was a strike on a wide basis against the conditions of work. It was a general strike that involved directly in the end perhaps a half million people. They wanted to stop the economy of the plantation system, and to do that [Africans] left the plantations. At first, the commanders were disposed to drive them away, or to give them quasi-freedom and let them do as they pleased with the nothing that they possessed. This did not work. Then the commanders organized relief and, afterward, work.”

The chapter continues: “The Negroes were willing to work and did work, but they wanted land to work, and they wanted to see and own the results of their toil. It was here and in the West and the South that a new vista opened. Here was a chance to establish an agrarian democracy in the South with peasant holders of small properties, eager to work and raise crops, amenable to suggestion and general direction.

“All they needed was honesty in treatment, and education,” states Du Bois. “Wherever these conditions were fulfilled, the result was little less than phenomenal. This was testified to by Pierce in the Carolinas, by Butler’s agents in North Carolina, by the experiment of the Sea Islands, by Grant’s department of Negro affairs under Eaton, and by Banks’ direction of Negro labor in Louisiana. It is astonishing how this army of striking labor furnished in time 200,000 Federal soldiers whose evident ability to fight decided the war.”

From Reconstruction to peonage

Sherman met with several African leaders, many of them ministers of churches in Savannah, Ga., to facilitate the transfer of 400,000 acres of land to formerly enslaved people. These meetings occurred after the “March to the Sea” from Atlanta to Savannah — which led to the clearing out of Confederate troops across the coastlines of Florida, Georgia and South Carolina, including in the Sea Islands.

Radical Republicans in Congress had discussed land redistribution plans aimed at disempowering the planters and creating a political base for their party after the war. Nonetheless, after Lincoln’s assassination and Vice President Andrew Johnson’s ascendancy to head of state, Sherman’s order was nullified and the confiscated land was returned to the former slave owners.

After Congress passed the 13th Amend­ment to the U.S. Constitution early in 1865 — which supposedly eliminated involuntary servitude — the legislative body passed a series of Civil Rights acts beginning in 1866. From 1866 to 1875, the 14th and 15th Amendments to the Constitution were passed, along with other civil rights legislation.

Nonetheless, these laws were not enforced, as the Ku Klux Klan and other white terrorist organizations arose and reinstituted conditions quite similar to slavery, known as peonage. Lynching African Americans became a routine mechanism of social control aimed at superexploiting Black labor.

Starting with the Federal Hayes-Tillman Compromise of 1876 and continuing through the close of the 19th century, reactionary legislation passed by Southern state governments largely excluded African Americans from voting and holding public office. These measures kept all political power under white ruling-class control.

Despite widespread, institutionalized repression of the African-American masses, resistance movements sprang up from the later years of the 19th century through the early 1950s. A vibrant independent press developed. The Black Women’s Club Movement and the Niagara Movement were established. Du Bois co-founded the NAACP. Marcus Garvey formed the Universal Negro Improvement Association. Thousands of African Americans joined the Communist Party and other left organizations between World War I and World War II. These movements represented a continuation of the rebellions that arose during slavery and the Civil War.

Although these efforts mobilized millions of African Americans and their allies, progress was limited during the whole period following Reconstruction’s failure through the end of World War II. After 1945, with the rise of national liberation struggles and socialist revolutions internationally, the movement against racism in the U.S. surged, sparking unprecedented decades of gains after a century of strife.

Since the late 1970s up through today, many federal court decisions, as well as governmental failure to enforce existing anti-racist laws, have led to tremendous setbacks for African Americans.

This election year of 2016 is marked by the absence of discussions and debates by the Democratic and Republican presidential candidates over the status of African Americans and other oppressed peoples in the U.S. Should there be a renewed push for legislation or a greater emphasis on mass civil disobedience, boycotts, urban rebellions and general strikes? Or should all of these tactics be combined to aim at full equality and complete national liberation? Obviously, the declining capitalist system and concurrent imperialist militarism offer no future for African Americans and the entire working class.

Only the realization of socialism — where the people own and control the means of production — can bring the possibility of eliminating racism, national oppression and economic exploitation. Full freedom for oppressed peoples can only come with the expropriation of the capitalist ruling class and the radical redistribution of wealth to the workers.