The United Nations panel that heard the case that Julian Assange’s attorneys brought before it hardly ever decides against the wishes of the imperialist powers. Usually this panel speaks out only if governments that the imperialists want to discredit or destroy have imprisoned a journalist. 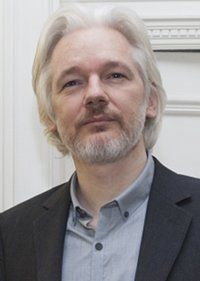 Thus, it was all the more impressive that the panel found against Sweden and Britain, and implicitly against the United States. It found that Britain’s threats to arrest Assange and his forced three-and-a-half years in the Ecuadorian Embassy in London amount to “arbitrary detention.” This detention left the Wikileaks head without judicial review and deprived him of the presumption of innocence.

While this decision fails to open the door for Assange to leave the embassy and Britain, it opens the path to broaden the struggle to free him. And it reminds the world once more of the crimes of imperialism and why the U.S. and its European allies are targeting the Australian journalist.

Wikileaks has done the world a service by exposing imperialist diplomacy, and especially U.S. and British diplomacy, as a combination of spying, extortion, murder and lies.

While this exposure may not be shocking to anyone out of kindergarten, it was specific enough to reveal serious U.S. war crimes in Iraq, for example, with the videos attributed to imprisoned whistleblower Chelsea Manning.

Wikileaks provided a dropbox for soldiers and workers who think like human beings — and not like robocops — to expose imperialist war crimes along with routine imperialist crimes that fall short of outright murder.

For providing this outlet for whistleblowers, Assange has been targeted by the combined spy, foreign relations, military and police agencies of the U.S., Britain and Sweden. The charges brought against him were obviously contrived to force him into a position where he could be extradited — or kidnapped — into U.S. hands.

Considering how Manning was sentenced to 35 years, one can only imagine what the U.S. authorities have in store for Assange. These are the same people who made Guantánamo and Abu Ghraib new symbols of concentration camps and turned waterboarding into “an enhanced interrogation technique.”

What the imperialists consider his crime is in reality a service to humanity.

Assange should be freed immediately and allowed to travel to wherever he feels safest!