Feb. 1 was the 56th anniversary of the 1960 Greensboro, N.C., lunch counter sit-ins by Black students to protest segregationist policies. The immigrant youth chose that date purposely and drew inspiration and lessons from that historic bold action by young people. The 1960 sit-ins exposed the crimes of racist laws and helped launch the mass Civil Rights movement. 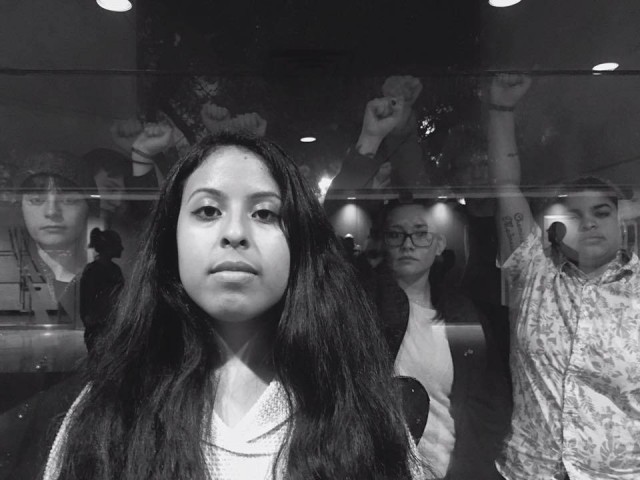 Students, professors and community activists held teach-ins and rallies inside buildings on the Atlanta campuses of Georgia State University and Georgia Tech as well as the University of Georgia in Athens.

The well-planned and coordinated actions were organized by Freedom University, a volunteer-based program developed to offer college-level classes and leadership development to youth denied admission and/or in-state tuition to the state’s public universities and colleges. In recognition of their academic ability and leadership potential, Freedom University students have received full scholarships at a number of colleges and universities around the country.

In 2011, following a wave of anti-immigrant legislation passed by the Georgia Legislature, the Board of Regents, an unelected body, barred Georgia’s undocumented students from admission to the top five state schools and required out-of-state tuition to be paid at the others in the system. Out-of-state tuition can be more than three times higher than in-state tuition.

Even if they graduated from Georgia high schools, undocumented students are also ineligible for the state’s HOPE [Helping Others Pursue an Education] scholarship money or federal grants. These policies, identified as 4.1.6 and 4.3.4, effectively deny youth the opportunity to continue their education, even youth who can graduate at the top of their high school class with honors.

In 2012, the Obama administration instituted a program known as DACA [Deferred Action for Childhood Arrivals], which provided a form of relief from deportation and a protected legal status to those brought into the country as children who met certain qualifications.

Undocumented youth, both those covered by DACA and others, have engaged in an ongoing struggle to challenge the Board of Regents’ exclusionary policies with multiple interventions at meetings as well as educational programs on campuses and in communities.

At the Feb. 1 action, six young people were charged with trespass for remaining in a UGA campus building past closing time on Monday night.

Eight students were arrested in the early morning hours of Feb. 2 after staying in Centennial Hall on the Georgia State campus in downtown Atlanta overnight. GSU President Mark Becker’s office is in that building and a key demand of the action was directed toward him to publicly denounce the discriminatory policy.

At Georgia Tech, police used ear-shattering sound horns to remove students from a building where they then proceeded to sing and chant from the outside.

On the very day of this planned action, the Georgia Supreme Court ruled on a lawsuit that attempted to sue the Board of Regents over its refusal to adhere to DACA’s legal status for qualified youth. The court ruled that the Board of Regents as a collective body was immune from lawsuits and did not address the issue of DACA protections.

It is expected that the individual members of the board will now face lawsuits.

Freedom University students often wear brightly colored cardboard butterfly wings during their actions as symbols that human rights and freedoms know no borders. As consciousness of the overt and hidden expressions of racism, bigotry and white supremacy grows and unites students and faculty across the country, the Freedom University students are gaining support on many campuses.