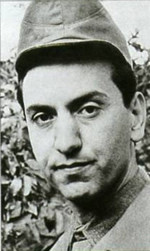 A co-founder of the Algerian National Liberation Front (FLN) in 1954 has died in exile in Switzerland.

Thousands attended the funeral of Hocine Ait Ahmed in his home village, named after him, in the Berber-dominated Kabyle region of Algeria. Although he had been in opposition for well over five decades, the FLN government of Abdelaziz Bouteflika paid respects to the fallen leader, who fought gallantly and suffered immensely in the struggle against French imperialism.

Hocine Ait Ahmed was imprisoned by the French colonialists in 1956 and was not released until the ceasefire of 1962, which led to the independence of the North African state under the leadership of Ahmed Ben Bella. Ait Ahmed was known as a founding member of what was described as the “Sons of Toussaint,” a group of nationalist leaders who initiated the armed struggle on Nov. 1, 1954. 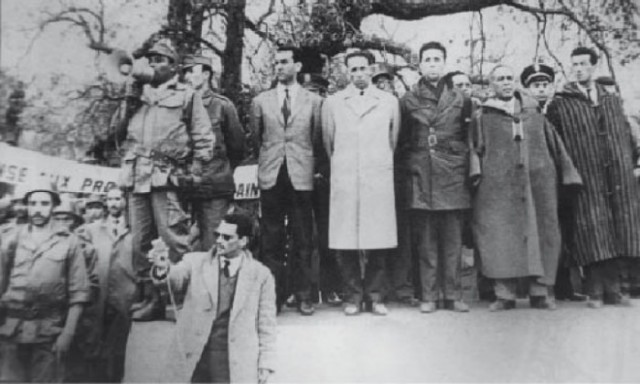 The North African state of Algeria had been a colony of France since 1830. A system of national oppression and economic exploitation was instituted that lasted until the early 1960s.

During the course of the liberation movement, at least 1 million Algerians died through French massacres, mass detentions and tactics aimed at starving out the freedom fighters, who fought tirelessly using popular demonstrations, general strikes and armed resistance.

On the night of Nov. 1, 1954, a series of attacks by the FLN launched the guerrilla war for independence from France. Within a couple of hours, operations took place from one end of Algeria to the other, revealing to Paris that the attacks were well organized.

The colonial governor-general immediately asked for reinforcements from Europe. Three units of Public Security Guards, including 600 troops, quickly arrived, signaling an escalation of efforts to repress the uprising.

Despite the widespread killing of Algerians and the system of detention, torture and attempted isolation of the revolutionary forces, the FLN prevailed. France could no longer justify to its population the tremendous cost of the war in money and lives.

Ait Ahmed broke with other leaders of the FLN and the Provisional Government of the Algerian Republic to form an opposition party, the Socialist Front Forces (FFS), in 1963. He had serious differences with other leaders in the FLN over the type of political system instituted during the postcolonial period of the 1960s.

He was imprisoned by the Algerian government in 1964 under threat of death. He escaped from prison and went into exile in Lausanne, Switzerland, in 1966.

Nonetheless, he returned to the country on numerous occasions but never came to terms with the FLN government, which is backed by the military.

Ait Ahmed relocated to Algeria in 1989 after the FFS was legalized. After the nullification of the election results of 1992, which seemed to have been in favor of the Islamic Salvation Front (FIS), Ait Ahmed went back into exile in Switzerland due to the serious security situation in the country. Nevertheless, he stood as a candidate in presidential elections in 1999, but pulled out in the middle of the campaign along with five other candidates, arguing that the election process was structured in favor of Bouteflika.

The civil war that erupted after the 1992 political crisis lasted for nearly a decade. A number of smaller Islamic-oriented opposition forces remain in conflict with the largely secular government in Algiers.

An overview of the history of the FFS published by medea.be states, “Participating for the first time in parliamentary elections, the FFS became the third most important political party during the December 1991 elections — after the FIS and the FLN, the former single party — and the leading party in the Berber regions. Its relative success is partially explained by its demands for a multilingual Algerian society where Berber and French would be recognized alongside Arabic.”

The same report noted that the FFS strongly condemned the interruption of the electoral process in January 1992 and that as institutions were set up controlled by the army “the FFS has always called for the re-establishment of the democratic process (it supports the principle of a proportional representation voting system which would bring the FIS back to its true electoral proportions).”

Recognition by Algiers of his contributions

His death prompted the government in Algiers to declare him a national hero and designate his memorial as a state funeral, which was broadcast live on television. Algerian President Abdelaziz Bouteflika, also a veteran of the struggle for independence, declared eight days of mourning after Ait Ahmed’s death. A wake was later held at the headquarters of the FFS.

Ait Ahmed did not want to be buried alongside other FLN veterans in Algiers, so he was interred in the hometown named after him. The funeral cortege travelled 100 miles southeast from Algiers to his village.

Covered in Algeria’s national flag, the coffin was transported in an ambulance through the village, where tens of thousands filled the streets. “Today and tomorrow, Hocine lives!” they chanted. “Algeria, free and democratic!”

Algeria, despite its contentious postcolonial political history, remains a secular state that refrained from participating in the imperialist destruction of Libya in 2011, led by the United States and NATO. The Algerian government, along with Syria, voted against the Arab League endorsement of a so-called “no-fly zone” implemented over Libya in March 2011 by the Pentagon-NATO forces and their allies.

The war against Libya and the toppling of its Jamahiriya system developed under the late Col. Moammar Gadhafi, who was killed in October 2011, has turned Africa’s most prosperous state into a source of instability, human trafficking and mass poverty. Imperialist states are attempting to deploy ground troops in Libya under the guise of fighting the so-called Islamic State, which has established a base in Sirte and other sections of the oil-rich nation.