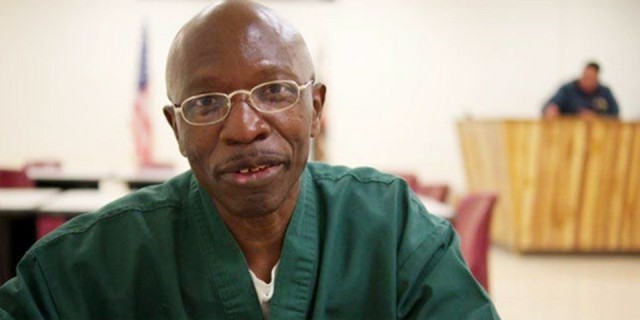 Based on a talk given at a Workers World Party meeting in New York City, Dec. 18.

Time cannot be returned to you, so how can 28 lost years ever be made up? How can you quantify such a long time into a material sum? The emotional damage and psychic trauma, the familial losses and funerals missed, the milestones passed by — birthdays, holidays, graduations, etc., all missed. Twenty eight years is a long time.

But to be locked in a dungeon, with no freedom of movement, without the tenderness of loved ones, without being able to freely pass under the sun or night sky, and to lose 28 years. Every day behind a set of bars or large steel doors, to have to listen to the same clanging locking mechanisms, with the days moving at a quarter of the speed, living a torturous half life is nothing short of maddening.

Imagine being under the above circumstances, having been arrested in front of your three-year-old son, charged, tried, convicted and sentenced without having been responsible for the crime. Imagine that the image of you being placed under arrest after a bike ride with your three-year-old would most likely stick with the young boy as he grew into a young man, away from you, without your loving parental guidance.

This is what life has been like for Clarence Moses El since he was convicted in Denver in 1988 because of a premonition, despite there being no other evidence attributed to the act. It was a brutal assault and rape of a victim who initially said three names — L.C., Earl and Darnell — of men whom she thought may have attacked and raped her. None of the three was ever arrested or interviewed. But Moses El was arrested shortly after the victim claimed to see his face in “a dream” she had a few days afterwards.

Semen was analyzed, but it was not a match to Clarence’s and should have ruled him out. It was more of a match to L.C. Jackson’s. However, the DNA evidence was stored, as the science was new and not very frequently used, not by the prosecution or defense.

When Clarence Moses El, through Barry Scheck’s Innocence Project, won a court order to have the DNA evidence tested, the material, stored in a box marked “Do Not Destroy,” was tossed into a trash bin.

This would be one of many callous, criminal acts committed by Denver officials that in a just society would lead to an investigation — not only of the police department that was responsible for maintaining and storing the evidence, but of the District Attorney’s office that refused to retry the case after the destruction of the evidence. There was later the conviction of L.C. Jackson for another rape (though he was the first person mentioned by the victim), and for failing to reopen the case after L.C. Jackson, in late 2013, confessed to the attack on the victim. The DA’s office even tried to suppress the confession by L.C. Jackson and intimidate him into changing his statement.

Now the entire unbelievable and unfortunate torture of Clarence Moses El, the interminable 28 years in cells, appears to be coming to an end. On Dec. 14, Denver District Judge Kandace Gerdes finally — months after an evidentiary hearing where L.C. Jackson’s statement was entered into evidence along with new blood evidence — vacated the original conviction and ordered a new trial.

It is difficult to call this decision “justice,” not after so much time and loss. Imagine this were you and these years were taken, a moment at a time, taken while you sat, stowed away, surrounded by clanging locks, large metal doors and concrete, looking at the same colors and walls, and you are innocent. You live with the innocence, professing to it, believing in it, holding it. It is the blanket you pull up to your chin at night, and you fight so that your hope and struggle for freedom to live at full speed, to touch the people you love are no longer a dream.

What if this were you? It has been Clarence Moses El’s reality, a living nightmare for 28 years.

It is finally coming to a close, hopefully, for the case still needs to be dropped, and there is always the threat that the DA’s office will appeal the judge’s decision and push forward with a trial with no damning evidence other than a “premonition” — though there is a heavier amount of material evidence pointing to Moses El’s innocence.

While Clarence and his family wait in limbo for this decision to be made, it is important that people of conscience call the DA’s office and demand that the case be dropped, that this sick farce be ended, that this 60-year-old man be allowed to walk free and return to his family.

Twenty eight years. While not justice, this is a victory, a partial victory that will be complete when Clarence is free without the threat of another trial hanging over his head and when the state of Colorado pays for the years they took away from an innocent man.

Call or email DA Mitch Morrissey at 720-913-9000 or [email protected] and tell him to drop the case against Clarence Moses El.