Women prisoners in the Yuba County Jail in Marysville, Calif., are on hunger strike in solidarity with detained immigrants. In the first such unified prisoner action in the U.S., women in criminal custody are fasting in solidarity with women in immigration custody. U.S. Immigration and Customs Enforcement (ICE) rents space in the Yuba County Jail to incarcerate undocumented immigrants. (San Francisco Bay View, Dec. 16) 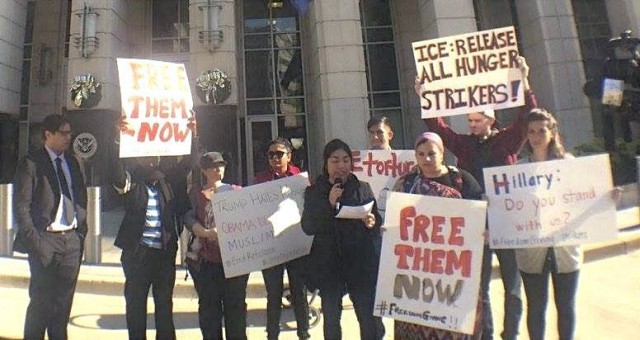 The Yuba County Jail strike is in support of Rajashree Roy, an immigrant detainee facing deportation to Fiji, where she has not lived since she was eight. Roy has been detained for over a year. She is allowed to see her children only through plexiglass walls.

The women in criminal custody who are hunger striking in solidarity with Roy are Jessica Bullock, Tisha Sartor, Kyra Beckles, Juanita Thomas and Ana Marquez.

Anoop Prasad, a lawyer with Asian Americans Advancing Justice who is representing Roy, said, “What’s happening in Yuba County is historic and unprecedented. … In terms of people physically putting their bodies on the line [together], this is the first time.” (tinyurl.com/q7c9w96) 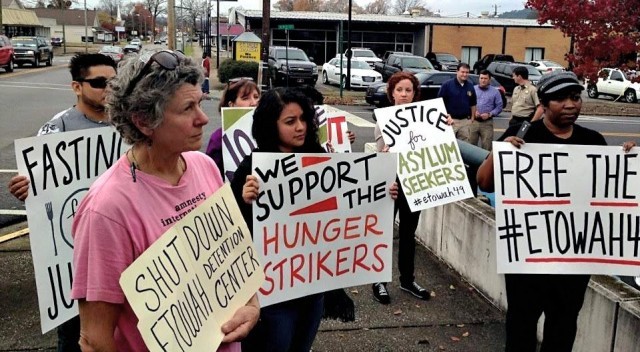 The Yuba County women released this statement: “We are locked up together and refuse to be divided into immigrants and citizens. None of us belong in this cage separated from our families. We join the brave immigrant hunger strikers across the country in fasting to force recognition of our humanity.” (San Francisco Bay View, Dec. 16)

Their strike began Dec. 14 before dawn as an extension of the #FreedomGiving hunger strikes launched during the U.S. “Thanksgiving” holiday. Hundreds of South Asian, African and Latino/a detainees participated in hunger strikes in seven ICE detainee centers from California to Texas, Louisiana, Florida, Georgia and Alabama.

ASPIRE, a pan-Asian, undocumented youth-led group, announced its members would gather outside the Yuba County Jail to fast in solidarity with the women. ASPIRE is calling for an end to violence faced by Asian and Pacific Island communities, as well as “an end to the unjust policing and the criminalization of all communities of color.” (tinyurl.com/hx3qjdn)

A solidarity demonstration with immigrant hunger strikers was held Nov. 30 outside Alabama’s Etowah County Detention Center. The rally supported those refusing food “to denounce the inhumane treatment they endure in these facilities where their human dignity is ignored by the ICE agenda and immigration detention system.” The Etowah facility leases prison space to ICE. (facebook.com/shutdownetowah)

The #FreedomGiving strikers have released this list of demands: “End to all detentions and deportations. End to the ICE detention bed quotas. End to indefinite detention: Release on parole or supervision for all asylum seekers held for more than 6 months. Improved conditions in detention (discipline, food, clothing, access to phones, medical access).” (notonemoredeportation.com)

“Bed quotas” refers to an obscure Homeland Security policy requiring ICE to keep an average of 34,000 detainees per day in custody. The quota guarantees a constant stream of money to counties that rent public jail space to ICE. (Washington Post, Oct. 13, 2013)

Throughout the U.S., detainees report ICE is attempting to end their hunger strike through torture tactics ranging from sleep deprivation and solitary confinement to forced catheterization. Some hunger strikers in the Etowah jail were coerced to eat after a federal judge ordered them force-fed. (Al.com)

One Etowah striker, Mahbubar Rahman, said: “When we started this hunger strike, we thought this was only our problem. But when we heard so many other centers also joined the hunger strike, we realized that detention is a national problem. We started to shake the walls of these prisons.” (tinyurl.com/gnjw59t/)

For information on sending support messages to the Yuba County Jail striking women, go to tinyurl.com/gtnbg5y.

You can support the #FreedomGiving strikers by signing their petition: tinyurl.com/qdhre4w