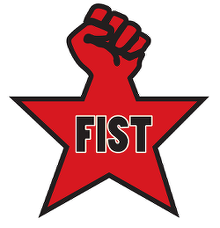 Fight Imperialism, Stand Together (FIST), a group of young revolutionaries struggling for justice in Baltimore and around the country, condemns the hypocritical letter from Baltimore Public Schools CEO Gregory Thornton.

This letter makes repeated allusions to the safety of students while threatening consequences to anyone who would take part in protests resulting from an acquittal of the officer who murdered Freddie Gray. If the school system truly cared about the safety of students, they would be doing everything in their power to work to end the epidemic of police violence in Baltimore City. Inside the schools themselves, the police have a record of harassment and abuse of students that far outweighs any possible benefit from their presence. We demand the removal of all police officers from our schools!

Thornton’s letter talks about “appropriate ways to express dissent” and how “we need to make it clear … student walkouts, vandalism, civil disorder, and any other form of violence are not acceptable … and students who participate in such behaviors will face consequences.” This threat against the youth who want to fight for an end to police violence is disgraceful. The only reason the cops were even charged was because of the heroic actions of the students who rebelled and fought back against the police, demanding that this time be different. We cannot allow these threats to divide our movement. What is needed now is unity and determination in the face of further repression by the police. We stand with everyone who fought in the rebellion!

We in FIST believe that the police are not our friends; there is no such thing as good cops. They are the frontline armed troops of this racist, sexist, homophobic and anti-working class system called capitalism. They exist primarily to protect the property of the rich and to keep the rest of us “in line.” We believe that the police must be immediately forced under complete democratic community control before their eventual total abolishment. The people, and especially youth, need jobs and education, not police terror. We urge the youth of Baltimore to join us in the streets and continue the struggle to overturn this rotten system! Check us out at Facebook.com/BmoreFIST or call 410-914-8280.