U.S. Federal Court Judge Robert Mariani has ordered a full evidentiary hearing for Mumia Abu-Jamal in Scranton, Pa., on Dec. 18 based on a preliminary injunction filed in August seeking medical care to treat the hepatitis C virus he contracted from a blood transfusion in 1981. 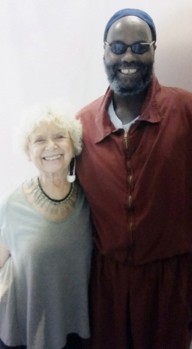 Abu-Jamal’s family and supporters, who for months have been demanding that the Pennsylvania Department of Corrections cease their efforts to murder Mumia through medical malpractice, applauded news of the hearing.

For over a year doctors employed by the PA DOC ignored Abu-Jamal’s growing health crisis. They never informed him about his rising blood sugar levels and gave him medications for a severe skin rash that only made it worse.

The prison even punished him by denying phone calls when he failed to turn up for morning check-in because he was too sick to stand. It was only the intervention of another prisoner, Major George Tillery, who told prison officials, “Mumia is dying,” which saved his life. The prison subsequently punished Tillery by moving him to another prison and putting him in solitary confinement.

In March 2015, Abu-Jamal was rushed to a hospital after collapsing from near lethal blood sugar levels and renal failure. Even after treatment for diabetes, he continued to suffer severe skin rashes and lesions over much of his body as well as swelling of his arms and legs. His skin developed a leatherlike appearance, and he had difficulty standing and walking.

As it became clear that prison doctors were deliberately ignoring Abu-Jamal’s health crisis, a global campaign was launched to pressure the PA DOC to allow Abu-Jamal access to doctors of his choice who could review his records and determine exactly what was going on. In August he was finally diagnosed with the hepatitis C virus, which impacts nearly 10,000 prisoners in Pennsylvania.

Despite the diagnosis, prison officials refused to give Abu-Jamal a new direct-acting anti-viral drug with a 90-95 percent cure rate for HCV. The medication, manufactured by Gilead Sciences, comes with a hefty price tag. At about $1,000 per pill, it costs $95,000 for a 12-week course of treatment. Prison officials decided to hold off on treatment until the final stages of the condition — in other words, when it would be too late to save Mumia.

Speaking at a November meeting in Philadelphia, Abu-Jamal’s attorney Robert Boyle noted that the cost of the hospital care Mumia needed because the HCV went untreated was easily double that expense.

In early September 2015, lawyers for Abu-Jamal filed an injunction on his behalf seeking immediate relief through the administration of the anti-viral drug. On Sept. 18, U.S. Magistrate Judge for the Middle District of Pennsylvania Karoline Mehalchick denied Abu-Jamal’s motion, even before his attorneys had a chance to respond to the PA DOC’s opposition as allowed by court rules.

Mehalchick claimed that Abu-Jamal would not be irreparably harmed if he received no care, even though she acknowledged that HCV is a “sufficiently serious” condition under the Eighth Amendment to the U.S. Constitution that prohibits “cruel and unusual punishment.”

Mehalchick also suggested that the PA DOC should be allowed to implement its own protocols for prisoners with hep C. However, the PA DOC “treatment protocol” is to deny testing and to deliver no treatment. In June 2015, the U.S. Bureau of Prisons amended its guidelines regarding HCV infection to include use of the new medications and to prioritize treatment for HCV cases as having the most urgent need. Many state prison systems have yet to follow suit.

At the Dec. 18 hearing, attorney Boyle will be able to cross examine DOC witnesses, including prison administrators and doctors about why they are denying medically indicated treatment for Mumia. The DOC has also been ordered to turn over critical discovery: Abu-Jamal’s medical records. Mumia will also testify via video hookup, the first in decades where he will be able to testify on his own behalf.

People who have recently visited Abu-Jamal report that his condition seems greatly improved. Yet they caution that as long as the prison refuses to administer drugs that can cure HCV, he remains in grave danger.

Suzanne Ross, with the Free Mumia Coalition NYC, stated in a reportback on her recent visit with Mumia, “Only through the collective power of the people have we been able to pressure prison officials to provide treatment for the symptoms of hep C that Mumia has suffered. However, without the medication to treat the actual disease he could relapse at any time.”

Speaking at a gathering in Philadelphia on Dec. 5, Pam Africa, with the International Concerned Family and Friends of Mumia Abu-Jamal, credited the intervention of Abu-Jamal’s supporters, along with the diligence of other prisoners, for keeping Mumia alive and helping to restore his health. Africa noted, “A legal victory in Mumia’s case will also be a victory for the other 10,000 PA prisoners afflicted by hep C.”

Undiagnosed and untreated HCV is a major cause of death for millions of people in the U.S., particularly in African-American communities. Several people at the gathering proposed opening up a campaign to expose Gilead for putting its profits before people’s health.