Oakland, Calif. — Ada Henderson heard about the killing of yet another Black man on Nov. 15 by the Oakland Police Department. She went to the site, where he was killed, to pray for the family, not finding out until two days later that it was her own son, 39-year-old Richard Perkins Jr., who was lying there in a pool of blood. 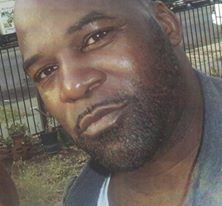 Perkins, a father of two, somehow got caught up in a police action against a huge sideshow and biker event, even though he wasn’t a participant in either. Perkins was the 1,000th person killed by law enforcement in the U.S. this year, according to the guardian.com.

The OPD claims he pointed a gun at them, which even they admit was only a pellet gun. Witnesses say that he never touched the gun, much less pointed it at the officers. The officers all wore body cameras which were conveniently turned off. The OPD has also confiscated the video from the gas station security cameras, just 15-20 feet from where Perkins was killed. They have yet to reveal any of the footage.

The day after the killing, a number of students from nearby Castlemont High School staged a walkout in protest. The students have continued to organize and also held a vigil, together with the family, at the corner where he was shot. Dozens of candles were lit in the young father’s honor. His funeral was held on Nov. 27. The First Morningstar Missionary Baptist Church was packed with grieving family and supporters.