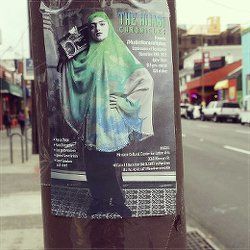 The Hijabi Chronicles held the second “#MuslimWomeninHiphop ­#Expressions­- ofResistance” showcase on Nov. 28 at the Mission Cultural Center for Latino Arts in San Francisco. It was a beautiful, all-women, Muslim artistic event. In a national atmosphere of intense Islamophobia, these strong and talented artists used their art, rhymes, poetry and other forms of powerful expression to show their steadfast resistance.

#TheHijabiChronicles is a collective focusing on empowering Muslim women artists with the aim of raising awareness and serving the people through education, charity and reclaiming their narrative.