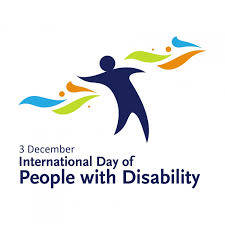 On Dec. 13, 2006, the United Nations General Assembly adopted the Convention on the Rights of Persons with Disabilities, an international human rights treaty to protect the rights and dignity of people with disabilities. Parties to the convention are required to promote, protect and ensure the full enjoyment of human rights by people with disabilities and ensure that they enjoy full equality under the law.

Despite protests by many organizations of disabled people in the United States, including the National Association of the Deaf and the National Federation of the Blind, the U.S. government has still refused to ratify this human rights treaty.

With the 2016 U.S. presidential election looming, an article in Al Jazeera America on Nov. 10, “Politicians Are Ignoring Americans with Disabilities” by David M. Perry, complains: “On the Democratic side, Hillary Clinton has just a brief overview of disability rights issues on her website, and [the self-proclaimed socialist] Bernie Sanders will sometimes mention disabled Americans when talking about marginalized groups. Both said nice things about the Americans with Disabilities Act on its 25th anniversary in July. But in the first Democratic presidential debate, the only mention of disability occurred when Sanders responded to a question about recent mass shootings by talking about mental health. Because people with psychiatric disabilities are vastly more likely to be victims of violence than perpetrators of it, many disability rights experts find the conflation of disability with gun violence dangerous.”

On the Republican side, the racist and fascistic billionaire Donald Trump recently disrespected a disabled New York Times reporter.

There is a presidential candidate who gives priority to support for disability rights. Monica Moorehead of Workers World Party and her running mate Lamont Lilly are the real socialist candidates.

WWP recently published a pamphlet, “Disability Rights and the Class Struggle,” a collection of articles by disabled activists from the pages of Workers World that documents issues and battles of the disabled liberation movement in America. This pamphlet exposes the discrimination in U.S. laws that exclude disabled workers from minimum wage protections.

Protest in New York on Dec. 3

Moorehead is the only presidential candidate who has endorsed a New York protest on Dec. 3 to commemorate the International Day of the Disabled and protest the murder of Jeremy McDole, a 28-year-old African-American paraplegic who was shot and killed by police in Wilmington, Del., on Sept. 23 while in his wheelchair.

The protest is being called by the People’s Power Assembly, an organization of mostly young activists who have been on the front lines of the struggle for a $15-an-hour minimum wage and a union and in support of the Black Lives Matter movement to combat the rising national epidemic of police murders, particularly of youth of color. It will start at 6 p.m. at the elevator bank on the south side of 34th Street, near Seventh Avenue and Penn Station. The flier for this protest points out that “40 percent of people killed by police have a disability.”

One of the PPA activists who plans to attend the demonstration in her wheelchair is Rene Imperato, a transgender disabled veteran who also suffers from post-traumatic stress disorder caused by the U.S. imperialist war against Vietnam. Imperato is also a former elected Junior Vice Commander of Disabled American Veterans and a member of the Paralyzed Veterans of America and United Spinal Association (formerly Eastern Paralyzed Veterans Association). Imperato contributed an article on “Racism, PTSD and righteous rage” to the WWP pamphlet.

On Nov. 29, Imperato joined this reporter in an access inspection of the site of the Dec. 3 protest. We found that the signage directing the disabled to accessible elevators was inadequate, in violation of the ADA. There were unacceptably long distances for wheelchair users to have to roll to get to the accessible elevators, and the ramp to New Jersey Transit was extremely narrow. Imperato mentioned she was once almost pushed into a pillar by a speeding able-bodied commuter.

At a July 26 Chinatown birthday party for the ADA, a disabled New York worker said: “While all disabilities are important, we salute the most those with physical disabilities who have been in the vanguard of the leadership of the disabled civil rights movement, for whom equal access and sufficient funding for equal access is the single most important demand.”

Shortly before the ADA was passed in 1990, activists with physical disabilities coalesced without warning in front of the Capitol in Washington, shed their crutches, wheelchairs, powerchairs and other assistive devices, and proceeded to crawl and pull their bodies up all 100 of the Capitol’s front steps. Many chanted “ADA now” and “Vote now.” Some who remained at the bottom held signs and yelled encouraging words to the “Capitol Crawlers.”

Jennifer Keelan, a second-grader with cerebral palsy, was videotaped as she pulled herself up the steps, using mostly her hands and arms and saying, “I’ll take all night if I have to.” This direct action was reported to have “inconvenienced” several senators, but it pushed them to approve the act.

Yudelovich is a Workers World Party activist and organizer who has emotional and one-sided hearing loss disabilities.