The Detroit Public Schools have been under an emergency manager since 2009 for the stated reason that the district was failing students. That myth has been exposed. The real reason for the state takeover was so elected officials would not be allowed to govern and the state could grab bond money directly. 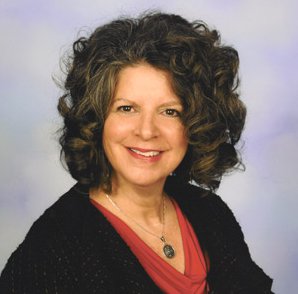 A bond had been passed previously and the state seized control of the district then, in 1999. A building frenzy ensued, although many of the new buildings were soon closed. Walbridge construction company got the lion’s share of the construction contracts. The chair of Walbridge is John Rikolta, backer of right-wing politicians.

In 2009, then Gov. Jennifer Granholm met Robert Bobb at the Barack Obama inauguration. Bobb soon came to Detroit as emergency manager over Detroit Public Schools. Millions of dollars in consultant fees went out of the classroom and into private pockets. Public Act 72 then made Bobb the emergency financial manager. After the finances were blown, the elected school board sued for the right to determine DPS curriculum. A stunning decision was won in court, affirming that the board had a right to determine curriculum.

Gov. Rick Snyder then changed the law from Public Act 72 to Public Act 4 and created the emergency manager law. This allowed the EM complete control over all aspects of the school district previously held by the elected board.

Emergency managers are rotated every 17 months and 29 days. Gov. Snyder, when asked in bankruptcy court by Judge Steven Rhodes if emergency management doesn’t strip Detroiters of voting rights, answered that it does not because it is only for 18 months, at which time an elected body can vote by a two-thirds majority to remove the EM.

The Detroit School Board had been under an EM since 2009, so we followed the rule of Public Act 436 and voted out the EM three times in one month with a super majority of the elected board. The EM did not budge. So we went to court. The judge told us the law said that only that particular emergency manager would be removed, but the governor could appoint another one in his place. To avoid us voting out the EM again, the governor removes the EM before the first day of the 18th month and appoints a new one. Gov. Snyder and Detroit Mayor Mike Duggan are a tag team whose administrations are ruled by trickery, lies and the theft of public resources. Detroit has been set back generations by losing ground in education.

The elected board was recently threatened by EM Darnell Earley, formerly the Flint, Mich., EM when that city switched its water source to the Flint River, poisoning thousands with lead-tainted water. We were told not to meet without Earley’s prior approval of our agenda. He was angered by the board’s refusal to accept an audit put in front of us for our approval after it had already been sent to the state and after the media had it.

We had not seen it and were unable to discern the expenditures, since we have no authority and no access to information about what the takeover crew does with the money. It is clearly not going into classrooms, and teachers are contemplating a strike on Dec. 1. Their health care has been cut again and working conditions are so bad they are walking off the job one by one.

There are not enough textbooks in the schools. The average classroom size is 45 students. Teachers have two prep hours per week and few schools have art or music classes. Many students get only one physical education class per week. Consultants can be seen everywhere. You know them because most of them are white in this majority-Black city. It’s a colonial takeover, with the narrative being that Black cities and school districts are best left in the hands of whites, such as Mayor Duggan and emergency managers.

Our schools and our city have been looted by the highest offices of power. Judges affirm these thefts and the media repeat whatever the corporate bosses tell them to say. There is so little information available that the general public has to come to their own conclusions.

Detroit has all the markings of an internal colony. The best news is that colonies eventually revolt.

Elena Herrada is an elected member of the Detroit Public Schools Board-in-exile.