Milwaukee police on Nov. 19 viciously attacked and arrested six members and supporters of the Coalition for Justice who were singing songs at Red Arrow Park in tribute to Dontre Hamilton. The park is where Hamilton was shot 14 times and killed instantly by Milwaukee cop Christopher Manney on April 30, 2014. 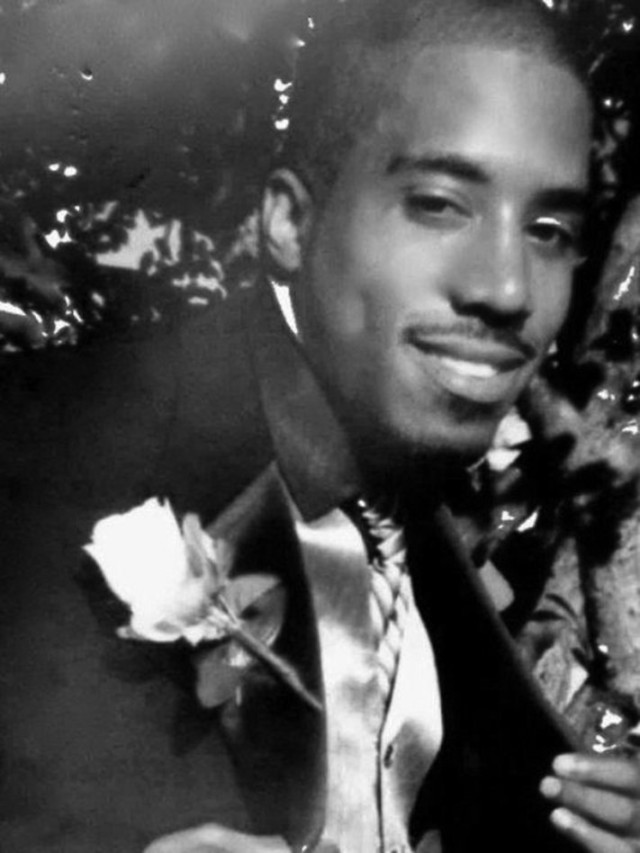 When attacked, the COJ members were holding a memorial vigil for Hamilton during Milwaukee County’s annual tree-lighting ceremony and caroling. A vigil was then held outside the Milwaukee County Jail all night by COJ, All People’s Church members and community supporters. Other supporters worked to inform the public about the attacks and arrests through social media and also gathered bail funds.

The six were taken to various police districts and held for over 12 hours before being charged with disorderly conduct and released. Milwaukee police towed the cars of some of those arrested and their supporters.

One of the arrested was Nate Hamilton, Dontre’s brother. He says while white and Black kids were in the park caroling, “They need to know that we live in a society that will allow the police to murder them and get off free of charge. This city will try to demonize all we do in their efforts to stop the movement toward equality. I care more for our children than you ever would know. I can’t bring Dontre back, but I’d be damned if they keep killing us without any accountability. …

“This will not be the end of our fight; we will not quit nor back down. … We will fight this unlawful display of hate aimed at only Blacks during this display of civil disobedience. The fight is for our children’s future. It’s for justice.”

Since his brother was killed, Nate Hamilton and his family have helped to lead some of the largest protests in Wisconsin history to fight police terror. They have been active nationally as well, protesting in Chicago, New York, Washington, D.C., and elsewhere. Maria Hamilton, Dontre’s mother, has been instrumental in building the organization Mothers for Justice United, which builds support for mothers of those killed by police. (facebook.com/mothersforjusticeunited)

The Coalition for Justice is also a supporter of low-wage and union workers. Nate Hamilton spoke at the thousands-strong Nov. 10 Fight for $15 rally at Milwaukee City Hall and later protested the Republican Party debate in Milwaukee. He has also participated in numerous worker actions, including joining the picket lines and marches of Amalgamated Transit Union Local 998 during their three-day strike last July. ATU 998 won a better contract this fall due to its members’ militancy and decisive community support from organizations such as COJ.

One of those arrested was Jennifer Epps-Addison, executive director of Wisconsin Jobs Now and a leader in the Fight for $15 movement. She said, “Do not believe a word that comes out of [Police] Chief ­Flynn’s mouth. There were no warnings given, there was no opportunity for us to ‘comply,’ and the protesters were not arrested indiscriminately. White folks participating in the protest outnumbered Black folks at least 4 to 1, and yet ONLY Black folks were arrested. They targeted specific people. This is racism; this is selective application of the Constitution; this is why we must continue to stand and fight.”

Hours before her arrest, Epps-Addison and a large group of low-wage workers met with U.S. Department of Labor Secretary Thomas E. Perez at Coffee Makes You Black, a nationally known cultural institution and gathering spot for those of African descent.