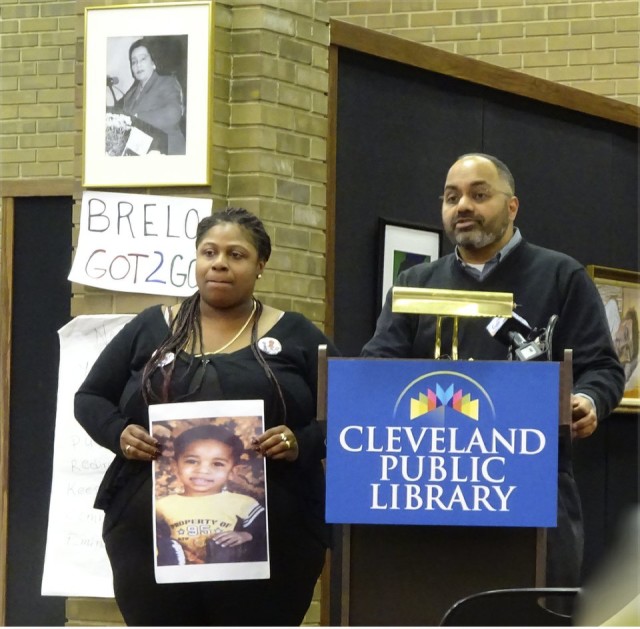 On Nov. 21, at the Martin Luther King Jr. branch of the Cleveland Public Library, the “Greater Cleveland Civil and Human Rights Network” held one of many events this weekend to call for justice for Tamir Rice. Nov. 22 represents one year since cops gunned down 12-year-old Tamir, who was playing outside of the Cleveland Cudell Recreation Center. A day after he was shot, Tamir died at the hospital. Shown holding Tamir’s photo is his mother, Samaria Rice, with attorney Subodh Chandra. On Nov. 18, there was a picket line in front of Cleveland City Hall, protesting the appeal by officer Michael Brelo.  Brelo was the only cop  put on trial for the murders of Timothy Russell and Malissa Williams.  On Nov. 29, 2012, some 137 shots were fired into the car of the two unarmed African-Americans with Brelo unloading 49 rounds into the car.  He was found not guilty on May 23, 2014, and now wants his job back.