Excerpts from a speech given by Joe Mchahwar of the Detroit branch to the Workers World Party 2015 National Conference. 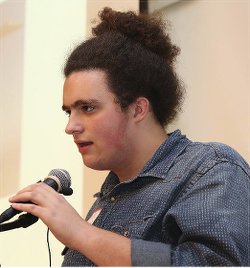 Over the course of my life, my generation has witnessed one disastrous imperialist conquest after another. This has left us with the impression that the Empire cannot be defeated, whether or not it achieves its stated goals. We are being proven wrong in Syria right now.

For over four years, the Western powers and their protectorates have waged a relentless war against the Syrian people and their nation’s sovereignty. The Saudis and their allies in the Persian Gulf have funded and trained the Islamic State. The United States created fertile ground for this organization in Iraq, while also piping in arms and supplies under the pretext of supporting the so-called Free Syrian Army, an organization of mercenaries that works hand in hand with the al-Nusra Front, Syria’s al-Qaida affiliate. Under the cover of this storm, Israel and Turkey have seized the opportunity to conduct attacks against the Syrian government, the strongest force dedicated to eradicating the Islamic State.

The U.S. further escalated its role in the war by conducting a bombing campaign, with over a dozen other countries, across Syria for the past year, under the pretext of fighting the Islamic State. Though it hasn’t produced results in that regard, it has served as a means to destroy Syria’s infrastructure, shown clearly by the bombing of a power plant in Aleppo, Syria’s largest city.

This genocidal proxy war in Syria has been responsible for hundreds of thousands of deaths, over 100,000 of those deaths befalling pro-government forces. Seven million Syrians have been forced out of their homes. Four million have left the country. No one knows how many have perished searching for refuge.

In spite of these horrific hardships, the Syrian people and their government have held themselves together for four years with scarce international support or aid. For over a month, Russia has coordinated airstrikes with Syrian government forces against the Islamic State and al-Nusra Front with astonishing results. The Syrian government has gone from making small advancements to launching successful full-scale offensives on multiple fronts.

As Marxists we recognize that Russia isn’t aiding Syria out of internationalist solidarity. It is acting in full accordance with its material interests. The fall of the Syrian government would mean the loss of Russia’s strongest Arab ally. The spread of Islamic State activities would put Russia’s internal security at risk. Most important, the fall of the Syrian government would be an irreversible victory for U.S. imperialism globally.

Things are looking up for Syria, but that also means the stakes are higher than they’ve ever been. The imperialist powers are running out of cards to play, making them visibly desperate. Despite the U.S.’s insistence on many occasions that they had no intention to invade Syria, the Obama administration announced it is sending special forces and advisors to northern Syria. Comrades, we all remember the last time the U.S. sent advisors to a country under the boot heel of imperialism. It ended in millions of deaths in Vietnam, and a country that will not fully recover from the devastation for decades to come.

We must not let history repeat itself, especially during the decline of global capitalism. Workers World Party has supported the Syrian government for upholding its people’s sovereignty without faltering. We oppose all imperialist wars, and we know how to oppose them: in the streets. It is our duty from within the belly of the beast to stop the genocide against Arabs and all oppressed peoples in the Middle East.