Excerpts from the speech given by WWP member Tommy Cavanaugh of Wisconsin to the Workers World Party 2015 National Conference. 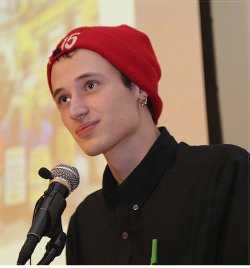 The Wisconsin austerity onslaught is a significant component of the global class war being waged by the ruling class on the working class and oppressed peoples.

In Wisconsin, due to mass people’s battles specifically from the late 20th century onward, many progressive reforms and unions have been won. But in the space of five years much of that has been taken back.

This is another cold reminder that any concession won can be stripped away by the ruling class unless there is a people’s movement in motion willing and able to defend its gains. Ultimately, only socialism can firmly cement a working-class and oppressed people’s victory over the pursuits of the ruling class to constantly erode concessions won by the people.

Without a doubt, there have been militant actions by the youth, the oppressed and the workers in Wisconsin in the recent period. From immigrant youth such as those in “Youth Empowered in the Struggle,” to Black Lives Matter groups like the “Coalition for Justice’ and “Young, Gifted, and Black,” and to union workers such as the members of Amalgamated Transit Union 998 — who just won a contract battle — there are forces that continue to resist the increasing racist austerity and police terror in Wisconsin while inspiring hope in those around them.

But despite these positive developments, it’s necessary to acknowledge the hard truths about the current setbacks that the working class and oppressed people’s have suffered. Locked into fierce class battles and so focused on building the movement that is needed to win, we need a sobering analysis of our current challenges. This is necessary for us to proceed effectively.

In 1933, Leon Trotsky, a principal leader of the 1917 Bolshevik revolution, said about the situation of the German working class as they suffered defeats against rising fascist power: “Today the problem is to arrest the disorderly retreat and to proceed to the regrouping of the forces for the defensive. In politics as in the military, the art to understand a problem clearly is to facilitate its solution.”

This rings as true for Wisconsin in 2015 as it did for Germany over 80 years ago.

Since 2011, the plans of the ruling class to crush the gains of labor have rolled on nearly unabated.

Wisconsin Gov. Scott Walker’s presidential campaign has come to an end, but the agenda he puts forward has not. With a Marxist-Leninist understanding, we know that the situation in Wisconsin does not stem from Walker himself, or the Republican Party, but from the international capitalist-imperialist system which is in a deep crisis that has no option but to continue placing the burden of their crisis on the workers and oppressed.

Similarly to places such as Greece and Detroit, the dictates of global finance capital are that of a “no compromise” on the terms of mass austerity at the expense of the working class. In Wisconsin, this has taken the form of Act 10; right-to-work-for-less legislation; elimination of tenure protections and shared governance in the University of Wisconsin system; damaging education cuts; environmental attacks; prevailing wage laws; attacks on women and lesbian, gay, bisexual, transgender and queer people; and much more.

This has all been detrimental to the movement’s resources and organizational power. Union membership and dues have taken hits. Disorientation, demoralization and division have taken their toll on moving forward as a unified force.

The state Capitol occupation in February-March of 2011 was one of the greatest uprisings in the U.S. since the 1930’s. All the components were there to deliver a tremendous blow against the right wing, but the fightback was diverted away from direct mass action, away from carrying out a general strike and cornered into the anti-worker arena of bourgeois politics.

Spontaneity in this case did temporarily stop the right-wing servants of the ruling class, but without Leninist cadre in strategic and tactical positions the tide swung to the liberals and Democrats, who moved the struggle to the right, away from the masses, and also mostly liquidated the realities of the nationally oppressed from the 2011 struggle, particularly the fact that the Black masses in Wisconsin live under genocidal and apartheid-like conditions.

Lenin explained this tendency in “What Is To Be Done?” pointing out that the working-class movement has only two choices: “either bourgeois or socialist ideology,” and that without revolutionaries combatting spontaneous, narrow trade unionism, “the spontaneous development of the working-class movement leads to its subordination to bourgeois ideology.”

Fundamentally — in a pitched political and economic battle against the entire capitalist state, such as 2011 Wisconsin was — trade unions and community organizations in motion are only a start. A Marxist-Leninist party is the only force that can pull together all the different components of the struggle to stop these attacks, advance and ultimately liberate the working and oppressed masses from capitalist ideology.

The right-wing servants of Wall Street are running the Southern Jim Crow program in Wisconsin. Since the unions have mostly severed themselves from the South, they don’t see this. Without communist intervention the unions can’t adequately counter it. Only by breaking from past tactics that isolate the masses and these struggles from each other can the full strength of the people be put into motion.

As the composition of the working class changes, becoming more impoverished, less unionized and more oppressed, so does the need for the movement to orient itself towards this new character.

Larry Holmes wrote of the changing conditions of capitalism in April 2014 in his document, “The meaning of low-wage worker struggle, and the need for an independent revolutionary pole in the new working-class movement”:

“These enormous changes have and continue to devastate the social conditions for the whole working class. But these changes have also begun to break down all of the barriers and boundaries within the working class that have helped to foster the illusion that different groups of workers not only have different interests, but antagonistically different interests depending on the country they live in or their social status based on where they work.”

The beginning steps of this new orientation by organized labor towards previously nonunionized and minimum-wage workers can be seen in the campaigns they’ve launched to raise minimum wage laws and open new sectors of industry, such as fast food, to unionization.

The Coalition For Justice showed splendid examples of how the Black Lives Matter movement can be a decisive component of labor struggles with the ATU 998 struggle. And the Young Gifted and Black Coalition in Madison has opposed every attack on labor since it formed shortly after the Ferguson rebellion.

With our Party’s election campaign, we have a unique opportunity to turn towards the masses and help build a direly needed independent classwide leadership and coalition, free of capitalist party influence. We can take our program directly to the masses, uplifting their demands while bringing the message that only socialist revolution can save Wisconsin.

On Nov. 10, a diverse convergence of unions, anti-war, community and student organizations will rally at Milwaukee City Hall as part of a nationwide day of action in the Fight for $15. Then they will march on the circus act which is the Republican debate. This will be a powerful action of people’s resistance and a development of the type of unity that is so needed in Wisconsin.

As we carry on in our organizing, we must always remember that only socialism can save Wisconsin and only the working class, with communist cadre, can make that happen.