Houston activist Leobardo Santillan, aka El Tigre, went on a hunger strike, camping outside of Houston’s Mexican Consulate. His aim was to bring attention to the 43 disappeared students from the Ayotzinapa Rural Teachers’ College in Iguala a year ago in the southern Mexican state of Guerrero. The students disappeared on Sept. 26, 2014. 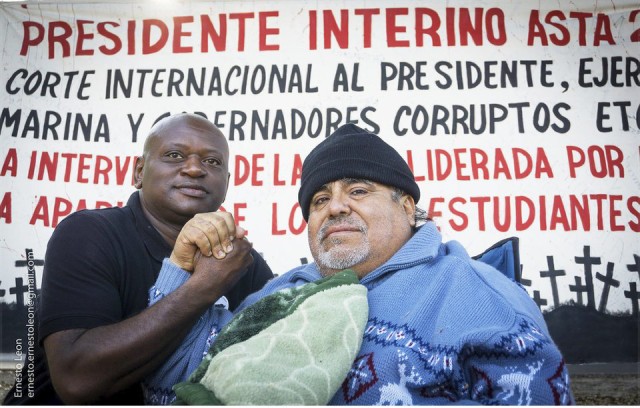 With supporters holding signs and banners, Santillan began his fast on Oct. 14 by announcing his plans to the media and the steady stream of people going in and out of the consulate. He condemned the government of Mexican President Enrique Peña Nieto and demanded that a true investigation of the students’ disappearance be conducted so that they can either be returned to their families or their whereabouts accounted for.

Santillan stayed outside of the consulate for six days and nights, only drinking water. During the hunger strike, supporters came and went, many staying for a few hours, some for a whole day. Several spent the nights on the center median facing the consulate guarding Santillan as he slept. He has announced that there will be another hunger strike beginning on Nov. 21.