The following statement was issued Oct. 21 by the Popular Front for the Liberation of Palestine in response to the ongoing resistance of Palestinian youth to apartheid Israel’s stepped-up campaign of genocide and displacement. 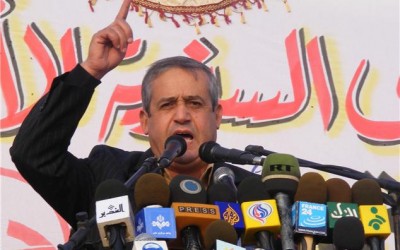 The cold-blooded killings and extrajudicial executions being carried out against Palestinians in the occupied West Bank, Jerusalem and the 1948 occupied lands by Israeli soldiers will not break the will of the Palestinian youths rebelling for the victory of Jerusalem and Palestine, said Comrade Jamil Mizher, member of the Political Bureau of the Popular Front for the Liberation of Palestine and leader of its branch in Gaza.

Mizher noted that there is a proposal being brought by the Front to the factions to form a unified leadership to build these mass actions and revolt into a massive popular uprising. He described these executions and assassinations as a desperate attempt to stamp out the fire of the uprising.

“These attempts to kill the young men and women of Palestine in cold blood reflect the racism and fascism of the Israeli state and its goal to break the backbone of the Intifada. On the contrary, these executions are, in fact, a strong incentive to continue the Intifada and deter the terrorist settler attacks,” said Mizher.

Mizher emphasized that the Palestinian people and their political forces are facing a real and serious opportunity to unite to confront the challenges of the day and confront the settlers’ and soldiers’ crimes, including the plans of the occupier to divide the Al-Aqsa Mosque spatially and temporally. This also requires a Palestinian move at the international level to expose the occupation’s crimes against the Palestinian people, said Mizher, in conjunction with efforts to prosecute the occupation and settler leaders for their crimes in international courts.

Mizher called for action at the Palestinian national level to restore unity and organize a national unified leadership to escalate the Intifada and uprising to confront the Israeli occupation. He also reiterated the call for a meeting of the provisional leadership of the PLO [Palestine Liberation Organization], which includes all Palestinian major factions, including Hamas and Islamic Jihad, in order to agree … on the framework for this heroic uprising, to embrace it fully and escalate its flames to achieve the objectives of our people.