Many psychologists, politicians, reporters and educators are attempting to explain why the number of people who perish in mass killings has spiked, especially this year.

Multiple murders have become so common in the United States that President Obama has given at least 15 speeches since taking office responding to these gory tragedies. His theme, and that of his political party, is always to advocate for greater control over gun ownership and excoriate the Republican Party for opposing tighter gun laws.

No one in the political/military/financial establishment would even hint, of course, that maybe guns should also be taken away from the killer police and the mass-murdering Pentagon.

Many police departments are now issued military-style weapons, supposedly to enhance security at home. And U.S. forces, ships and aircraft are bringing death and destruction to a long list of countries, most in the Middle East, while calling it bringing peace and stability to the area. Hospitals, wedding parties, humble homes and the people in them are vaporized by drones or jet planes as part of the “collateral damage” of these dirty wars.

A whole generation has grown up in the United States with it drummed into their heads that the answer to “evil” in this world is to blast “the enemy” with as much firepower as you can muster. Movies, video games, TV shows and presidential pronouncements have validated this view.

So what’s the message? If you feel frustrated, angry, insecure, alienated — pick up a gun and blow them away, whoever “they” may be.

There are many other countries where it’s easy to own a gun but where these kinds of massacres rarely, if ever, happen. That they are occurring in the United States — the country that spends the most on its military and on its criminal injustice system — is not a coincidence.

The U.S. has been the world’s most powerful capitalist country for at least a century. That world dominance has made the very rich billionaires here many times over. But beginning as long ago as 1969, real wages for the working class have been declining.

Almost all the mass killers have been young men. A chart online shows that between 1969 and 2009, median earnings for men, including the growing number working only part-time, plummeted by 65 percent! (“Wages aren’t stagnating, they’re plummeting,” Washington Post blog)

Of course, 2009 was a crisis year for the economy, but high joblessness and underemployment have persisted since then, especially for the young.

Not being able to get a decent job is both financially devastating and extremely alienating. It heightens the sense of being in competition rather than comradeship with your peers. It is especially painful when the culture around you lavishes praise on those who “succeed” — who make a lot of money and spend it wildly.

There are of course other factors involved in many, if not most, of these massacres. More than half of the killers appear to have been plagued with mental illnesses but hadn’t received proper medical treatment — a possible reason why such horrible deeds are much rarer in countries with national health systems. 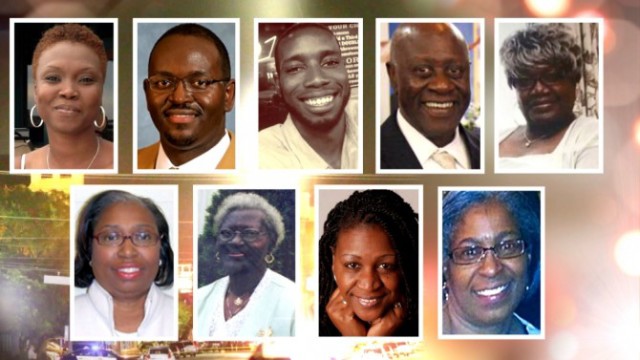 White supremacist racism was the openly admitted motive for the carefully planned, deadly shooting of nine members of the historically Black Emanuel African Methodist Episcopal Church in Charleston, S.C. The killer had been in touch with an online international network of other racists who gave encouragement for such a cowardly act.

Sexism is another factor. Multiple killings of family members usually stem from the patriarchal insistence that spouses and children are the property of men, who would rather see them dead than acknowledge their right to run their own lives. This is often combined with the impact of poverty wages and job loss.

The current stage of capitalism — it’s low-wage, dead-end stage, in which spectacular productivity has resulted in massive unemployment, poverty, heightened social insecurity and a sense of panic about what the future will bring — underlies this destructive and suicidal epidemic of mass killings.

There is no easy fix for it. Tighter gun laws administered by a repressive state are not the answer. For a healthy tomorrow, let’s continue to build the movement for jobs, not war; for medical care, not mass incarceration; for replacing racist police with community control; for empowering women and the community of people who define their own gender and sexuality. That’s where respect, cooperation and hope for the future lie.

The Workers World Party Nov. 7-8 conference will be discussing these capitalist-based crises and a revolutionary socialist alternative.