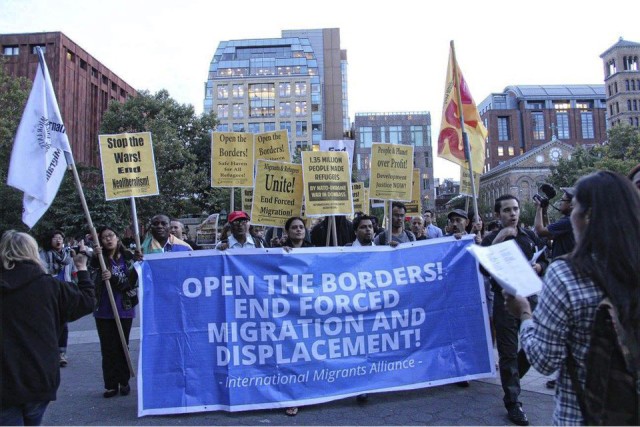 As the United Nations General Assembly met in New York on Sept. 26, elsewhere in the city people gathered for a rally and march to demand an end to the forced migration and displacement of tens of millions of people caused by capitalism and U.S.-funded wars. Protesters connected the struggles of migrant workers with the refugees of the Middle East and North Africa. They noted that the bombing in Syria, Yemen, Libya and Afghanistan has destroyed the structures and economies of these countries and created this refugee crisis. Protesters marched from Washington Square Park to St. Francis of Assisi Church, where there was an event marking the one-year anniversary of the disappearance of the 43 Ayotzinapa students in Mexico. Those students were protesting against the neoliberal economic policies being imposed in their country.