A police officer in Portsmouth, Va., has been charged with murder in the deliberate and senseless killing of African-American youth, William Chapman II.  A grand jury indicted officer Stephen Rankin on Sept. 3 for first-degree murder and using a firearm to commit a felony, announced Commonwealth Attorney Stephanie Morales. 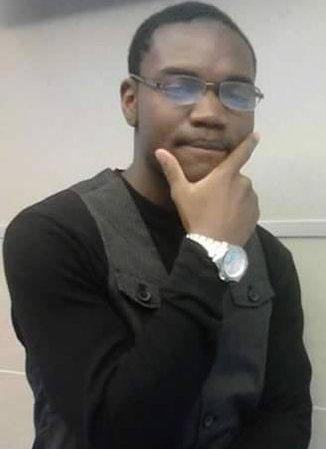 Rankin, who is white, fatally shot the unarmed 18-year-old Chapman in a Walmart parking lot in Portsmouth on April 22. Medical Examiner Donna Price ruled the death a homicide.  The Virginian-Pilot newspaper obtained the autopsy report, which showed that the slain youth had been shot in the face and chest from a distance.  It noted that his hands were handcuffed behind his back.

Jon Babineau, a Chapman family attorney, calling the indictment “unprecedented,” said that the evidence and facts were so significant that the Commonwealth charged Rankin with the highest charge of first-degree murder, “which as an essential element includes premeditation.”  (Virginian-Pilot, Sept. 4)

Sally Chapman, the slain youth’s mother, was “thankful” and “felt justified” by the indictment, saying “Justice, justice, justice.”  Earl Lewis, another relative, said, “Justice has been served, and it has been shown that black lives matter in Portsmouth, Virginia.” (Atlanta Blackstar, Sept. 4)

Rankin had a history of using lethal force.  When he gunned down unarmed 26-year-old Kazakh Kirill Denyakin in 2011, a grand jury absolved him of responsibility for the death. The June 1 Guardian newspaper says that he was then removed from street patrols for three years.

Rankin was put on administrative leave after shooting Chapman, but only after his indictment did police officials fire him.  Babineau criticized police brass for allowing Rankin to stay on the job, first after shooting Denyakin, and then after killing Chapman.

A Navy veteran and former Marine Corps martial arts expert who served in Iraq, Rankin was said to be “dangerous” by police commanders. After he gunned down Denyakin, Rankin showed no remorse, writing: “When I was in Iraq, that would have been a good shoot. … Nobody would have given it a second thought.” (Atlanta Blackstar)  He has posted racist pro-lynching and anti-Serbian, pro-Nazi images on social media.

Sally Chapman, whose innocent son was “murdered for no reason,” has steadfastly pushed for answers and accountability for his death.  Yet, she was mistreated, too, while investigating what happened. When she sought information at Walmart’s regarding the store’s allegation of her son’s “shoplifting” that fatal night — which she says he never did — and requested the surveillance video, managers called the police to eject her.

Six days after Chapman’s death, James Boyd, president of the NAACP’s Portsmouth chapter, expressed the community’s outrage and anger at “what’s been going on in our community for the last couple of months.  They want answers and we want answers!” (13newsnow, April 28)

Boyd condemned Chapman’s senseless death and the March 24 Portsmouth police killing of Walter Brown III, a 29-year-old African American.  Despite “official” investigations, no one has been charged in Brown’s death.

Press conferences and protests have been held with Chapman’s family members, students and other community supporters, calling for justice for the slain youth.  Demonstrators rallied on May 1 in Walmart’s parking lot on Frederick Boulevard, site of his death. They chanted and carried signs saying, “Black lives matter!” “End police brutality!” and “No justice, no peace!”

Some 100 students and faculty members assembled outside Webb Center at Old Dominion University on Sept. 1, to support the Black Lives Matter movement.  They distributed leaflets listing the names of African Americans who have been killed by police and whose stories are being told on social media at #BlackLivesMatter.

Samantha Conyers, president of the school’s NAACP chapter, which organized the activity, stated, “We’re here to pay tribute to those who have lost their lives due to police brutality,” reported the Sept. 5 Mace & Crown, the student newspaper.

Chapman was among those honored.  Sally Chapman and Earl Lewis spoke to the group about the importance of activism in their communities. Lewis emphasized: “We just want justice.  That’s what this is all about.”

The influence and strength of the national Black Lives Matter movement doubtlessly contributed to the indictment of Rankin — in addition to the local protests and family persistence.  The beginning of justice for Chapman’s young life was obtained.  Now, the struggle will be to ensure that Rankin is found guilty and imprisoned — and that there is justice for Walter Brown, too.