During the height of the 1960s Civil Rights Movement in the South,  activists like Jimmy Lee Jackson, Medgar Evers, Viola Liuzzo, James Chaney, Andrew Goodman, Michael Schwerner, the Rev. James Reeb and others lost their lives to KKK violence.  But the reaction to one earlier lynching, along with the Montgomery Bus Boycott in Alabama, helped to spark this movement. It was the brutal lynching of 14-year-old African American Emmett Till, who 60 years ago on Aug. 28 lost his precious life in Money, Miss. 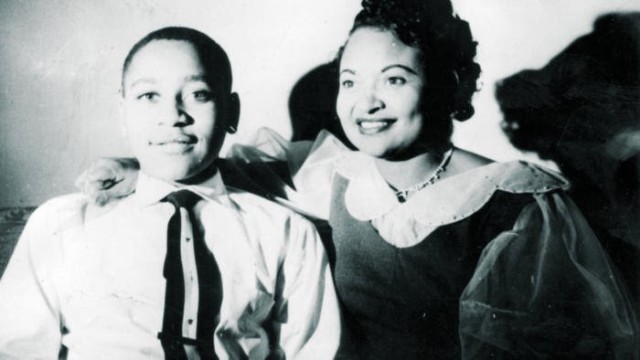 Emmett Till was born on July 25, 1941, and raised in Chicago. His parents had migrated to the North, as did millions of Black people, to escape the oppressive South. In late August 1955, he traveled to the heart of the Mississippi Delta to visit an uncle.

His mother, Mamie Till Mobley, warned him that the attitudes of whites in Money toward Black people were “different” from those of whites in Chicago, even though both cities were marked by segregation.

Roy Bryant, a rabid segregationist, owned a store in Money frequented by Black sharecroppers. As Till was leaving his store, Bryant’s spouse alleged that the teenager, who suffered from a speech impediment, whistled at her.

Several days later, in the middle of the night, Bryant, J.W. Milam and another white racist kidnapped the teenager at gunpoint from his uncle’s house.

Willie Reed, a Black sharecropper who worked for Milam, stated in the 2003 documentary, “The Murder of Emmett Till,” that he heard Till being beaten by the three men in a tool shed. He heard the teenager screaming in agony. A blood-soaked Till was then driven to the banks of the Tallahatchie River where he was shot point-blank in the head.

A cotton gin fan was tied around his neck with wire. His body was tossed in the river, where it was found days later. After Reed was forced to wash Till’s blood from the back of the truck, he disappeared, fearing for his own life.

The murder of Emmett Till made national and international headlines. Fifty thousand Black people turned out for his funeral in Chicago.

His mother demanded that his coffin be opened so that the whole world could see her son’s unrecognizable, mutilated face due to the savage beating from the butt of a .45-caliber pistol.

Roy Bryant and J.W. Milam were acquitted by an all-white jury after just five days of testimony. Four months later, Bryant and Milam, knowing that legally they could not be retried, admitted in a Look magazine article that they had murdered Till.

Less than five years after this lynching, Black college students launched heroic sit-ins against segregated lunch counters in Woolworth’s and other stores.

As Christopher Benson, co-author of the book, “Death of Innocence,” on Till’s murder, stated in a 2003 interview:  “Before Trayvon Martin, before Michael Brown, before Tamir Rice, there was Emmett Till. This was the first ‘Black Lives Matter’ story. It is no wonder, then, that each time we read about another young unarmed black male being shot down in the street — unjustly — by an authority figure, there is the mention of Emmett’s name.” (New York Times, Aug. 31)

And what about the hundreds of faceless Emmett Tills who lost their lives during Hurricane Katrina 10 years ago in what we now know was the planned flooding of the Black Ninth Ward with deteriorating levees and the police killings of Black people attempting to escape from the flooding of New Orleans?  Hundreds of thousands of Black people to this day have been permanently displaced after Katrina as New Orleans continues to be gentrified by big real estate interests to bring back rich and affluent whites.  There are also the breathing Emmett Tills facing a living hell as they languish under mass incarceration.

The lynching of Emmett Till reminds us all that real justice for Till and the other victims that came before and after him can only come with a revolutionary uprooting of the capitalist system, which perpetuates systemic racism on a daily basis.