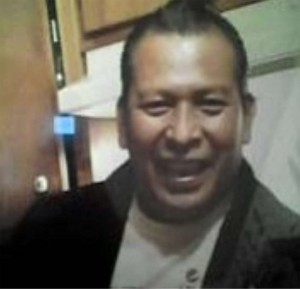 Rexdale Henry, 53, a Choctaw activist, died on July 14 in unexplained and suspicious circumstances in the Neshoba County Jail in Philadelphia, Miss. He was being held for unpaid traffic fines, a minor misdemeanor charge.

Henry’s death came one day after that of Sandra Bland in police custody in Waller County, Texas. Bland, a 28-year-old Black woman, was stopped by police for a trivial traffic violation. Her death sparked national protests.

Henry’s death also came six days after that of Jonathan Sanders, a Black man from the nearby town of Stonewall, strangled in a chokehold by a white policeman. (Jackson Free Press, July 13) Henry’s death was eight months after that of Michael McDougle, tasered in handcuffs, also dead in the Neshoba County Jail. (JFP, Aug. 5)

A Choctaw Nation leader and medicine man, Henry “called out injustices and would criticize the casinos and other workplaces when he believed Choctaw workers were mistreated,” said John Steele, a childhood friend and long-time Civil Rights activist. (JFP, Aug. 5)

Henry had recently been a candidate for the Choctaw Tribal Council from Bogue Chitto. The Choctaw Nation community is near one of Mississippi’s more than three dozen gambling casinos.

Philadelphia, Miss., is the town where James Earl Chaney, Andrew Goodman and Michael “Mickey” Schwerner, three Civil Rights activists, were kidnapped and killed in 1964 during the “Freedom Summer” voting rights campaign. Members of the Neshoba County Sheriff’s Office, the Philadelphia Police Department and the local White Knights of the Ku Klux Klan were later convicted of their murders.

Steele points to the long history of covering up responsibility for deaths of people of color in Philadelphia, and says, “We believe there is an effort to sanitize Philadelphia and rewrite its history for the purpose of increasing business. … The Mississippi establishment and reactionaries seem to want ‘peace’ and reconciliation without justice” for all Mississippi Civil Rights martyrs. (justiceinmississippi.org)

Justice for all slain freedom fighters

In the aftermath of the 1964 murders, Steele’s family formed the Mississippi Civil Rights Martyrs Annual Memorial Conference and Caravan. The organization works to obtain justice “not only for the murders of Chaney, Goodman and Schwerner, but for all who were murdered in the cause of freedom in Mississippi.” (justiceinmississippi.org)

Now Steele, an organizer for the conference, seeks justice in his friend Rexdale Henry’s death. Joining him in that effort are Diane Nash, a former leader of the Student Nonviolent Coordinating Committee, as well as Syracuse University law professors Janis McDonald and Paula Johnson of the Cold Case Justice Initiative.

A CCJI statement on Henry’s death in police custody states: “At a time when the nation is focused on the terrible circumstances of the brutal death of Sandra Bland, it is critical to expose the many ways in which Black Americans, Native Americans and other minorities are being arrested for minor charges and end up dead in jail cells.” (JFP, July 25)

Native Americans make up a little less than 1 percent of the U.S. population, but are nearly 2 percent of those killed by police, says the Center on Juvenile and Criminal Justice. Compiling data from 1999-2011, they found that during that period “the racial group most likely to be killed by law enforcement [was] Native Americans.” (Aug. 25, 2014)

According to U.S. Department of Justice statistics, Native Americans are incarcerated at a rate 38 percent higher than the national average. The Lakota People’s Law Project states that Native American men are jailed at four times the rate of white men and Native American women at six times that of white women. (February 2015)

Six Native American people were killed by police in the last half of 2014, including Joy Ann Sherman and Allen Locke, both Lakota of South Dakota; Myles Roughsurface, a Navajo of New Mexico; and Richard Fredrick Tis’ Mil Estrada, a 17-year-old Hoopa tribal member of California.

Christina Tahhahwah died in an Oklahoma police holding cell. Those jailed with her asserted that she had been “tased for refusing to obey a command to stop singing Comanche hymns.” (nativenewsonline.net, Dec. 15)

Sara Lee Circle Bear, a Lakota, died on July 6, after being found unconscious in a South Dakota holding cell. Witnesses said she told on-duty police she was in pain and was told to “quit faking.”

Simon Moya-Smith, journalist and editor of Indian Country Today Media Network, describes these deaths in police hands as “the lasting intent of early European colonizers, for whom Natives were ‘the original target’ and seen as little more than a ‘nuisance’ impeding white ‘progress.'” (identities.mic, Feb. 8)