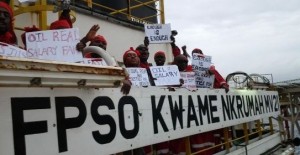 In 2000, the U.N. had drafted a program to achieve income increases, universal education, gender equality and other forms of material advancement. By this year, substantial gains that could be easily measurable through healthier, liberated and happier people were to be reached throughout Africa, Asia-Pacific, the Middle East and Latin America.

Statistics indicate improvement in raising household incomes and reducing rates of illiteracy and child mortality. In addition, school attendance for girls and women has increased in regions of Africa and Asia, making a profound impact on illiteracy and abject poverty.

In 1990, nearly 2 billion people lived on less than $1.25 per day. Today, the number attempting to survive on such an income has decreased by more than half, says the U.N.

However, any analysis of these statistics must take into account the rising cost of living in various developing states, amid increased access to telecommunication, light industrial and mining employment.

With the many people moving from rural and small town areas to major urban centers, the resources needed to survive inevitably increase. Consequently, in countries like Nigeria, thousands live under bridges in the commercial capital of Lagos, although the West African state had the largest economy on the continent in 2014.

Channel News Asia reported, “About 800 million people still live in dire poverty and suffer from hunger, despite the United Nations Millennium Development Goals being the most successful anti-poverty push in history.” (July 6)

The U.N. admits that growth has been an uneven process and that any sustainable development agenda must address social disparity so that qualitative improvements can be made in the lives of the poorest and most marginalized people.

Consequently, U.N. member-states are scheduled to draft and ratify a list of renewed development aims, known as the Sustainable Development Goals, to be the focus of a U.N. summit in September. The new goals aim to eradicate extreme poverty by 2030.

Even within those states cited for phenomenal economic growth since 2000, deeper levels of class divisions are emerging.

In the states of Nigeria, Ghana and Burkina Faso, for example, significant levels of growth have been prompted by foreign exchange earnings due to greater exploitation of resources such as oil, natural gas and strategic minerals. However, in all these states, unrest has erupted, emanating from sharp divisions between the national bourgeoisie and the working masses of proletarians, students and farmers.

Nigeria is facing one of the worst economic crises since independence 55 years ago. A war of insurgency by the Boko Haram group in the northeast has interrupted economic activity and fostered widespread dislocation, extending across its borders into Cameroon, Niger and Chad.

Neighboring Burkina Faso witnessed an uprising last October when a military-turned-civilian dictator, supported by France and the U.S., fled the country after 27 years of plunder and political repression. Unemployment in Burkina Faso is astronomically high despite its becoming the fourth-largest gold exporter on the African continent.

These social problems are a byproduct of global capitalism, which remains the dominant mode of production throughout the region.

In many regions, the situation has worsened due to imperialist war and the decline in oil and commodity prices. In Iraq, Afghanistan, Libya, Syria, Yemen, Egypt, Sudan and Nigeria, wars have resulted in widespread dislocation and deaths.

The precipitous decline in oil prices during 2014-2015 has created additional difficulties in countries such as Nigeria, Ghana, the Republic of Sudan and South Sudan. In Nigeria, the incoming government of President Mahamadou Buhari says it has inherited a regime with no money. Civil servants have not been paid in months while thousands line up for hours in urban areas to acquire fuel in the largest oil-producing nation in Africa.

Children and women throughout Africa, the Middle East and Asia are especially impacted by war and the lack of food, water and other essential services.

These U.S.-engineered wars have led to a massive crisis of internally displaced persons and refugees, including over 2,000 documented deaths among refugees crossing the Mediterranean since the beginning of the year.

There are tens of millions of refugees and internally displaced persons throughout the Middle East, South-Central Asia and North Africa. The U.N. Refugee Agency has reported that approximately 60 million people have been displaced in recent years — the worst situation since the end of World War II.

With the gap between rich and poor widening significantly, there can be no genuine development for the majority of humanity. The scramble for profits by transnational corporations, international finance capital and imperialist regimes such as the U.S. and the European Union are undermining any efforts on the part of the governments and people of the developing states to improve their social conditions.

Nor have aggressive diplomatic and military actions been confined to the developing states. The war in eastern Ukraine is a direct outcome of a concerted campaign by the U.S. to weaken, contain and encircle Russia through sanctions and the expansion of NATO.

On July 4, the Foreign Ministry of the People’s Republic of China accused Washington of unnecessarily raising tensions in the Asia-Pacific region. Xinhua news agency criticized “the Pentagon’s latest military report and urged the United States to give up cold-war attitudes.”

“We are dissatisfied with and oppose the U.S. report which has played up ‘the China threat,’” Foreign Ministry spokesperson Hua Chunying said at a daily press briefing in Beijing.