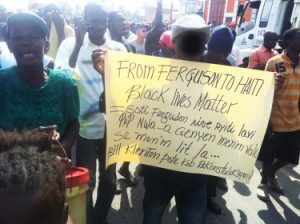 The Haiti Action Committee held a rally in San Francisco on June 24 at the United Nations Plaza to protest the mass expulsions of Haitians by the Dominican Republic. Pierre LaBossiere of the HAC spoke about how second and third generation Dominicans who are classified as Haitian have been stripped of citizenship and declared “migrants.” Other speakers decried how vigilante mobs and legal authorities alike are pushing people out of their homes and taking their property. Anyone who is Black and under the age of 85 may be classified as Haitian, even if they were born in the DR and have no ties to Haiti. They are being expelled from the country and made stateless.