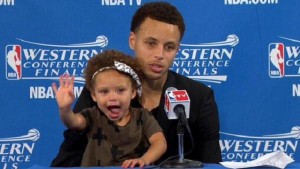 Cleveland has made major headlines — and rightfully so — since the Nov. 22 shooting death of Tamir Rice, a 12-year-old African American, by a white police officer. Rice was killed outside of a recreation center for holding a fake BB gun.

Once Rice was shot in his torso, no medical attention was given to him until an ambulance arrived eight minutes after the shooting.  His sister was not allowed to come to his aid. Instead, the police threw her to the ground and assaulted her.

According to a June 11 New York Times article on Rice’s killing: “In his ruling, Judge Ronald B. Adrine, presiding judge of the Municipal Court, found probable cause to charge Officer Timothy Loehmann, who fired the fatal shot, with murder, involuntary manslaughter, reckless homicide and dereliction of duty. He also found probable cause to charge Officer Loehmann’s partner, Officer Frank Garmback, with negligent homicide and dereliction of duty.”  Now it is in the hands of the prosecutor whether these officers will actually be charged or not.

In another high-profiled case of police murder, Malissa Williams and Timothy Russell, both African American, were killed in a hail of bullets while in a car on Nov. 29, 2012.  One of the nine white Cleveland police officers involved was acquitted at the end of May.

These cases come on the heels of a recent U.S. Department of Justice ruling calling for “reform” of the Cleveland Police Department based on “excessive force” with the use of guns, tasers, pepper spray and fists, based on a two-year study in a city that is over 50 percent Black.

Because of the police killings of Rice, Williams, Russell and others, Cleveland has become a major focal point of the Black Lives Matter upsurge. In light of the National Basketball Association Finals featuring the Cleveland Cavaliers and Golden State Warriors, protests against the Cleveland police have taken place outside of the Quicken Loans Arena, also known as “The Q,” home to the Cavaliers.

Other forms of racism

During the NBA Finals at the Q, other forms of racism have been exposed that should not go under the radar screen. During a recent Cavaliers’ game where the home crowd was shown during ESPN’s Sports Center pregame and postgame segments, a huge sign showing the offensive racist mascot of the Major Baseball League’s Cleveland “Indians” loomed large in the background.

Indigenous activists have organized many protests outside of the Cleveland Major League Baseball home games that have attracted growing numbers of anti-racist supporters. Similar protests have taken place to change the name of the equally offensive National Football League’s “Washington Redskins.”

In close proximity of the “Indians” sign was another offensive one being held by a white Cleveland fan showing photos of the current NBA’s Most Valuable Player, shooting guard Stephen Curry of Golden State and his two-year-old daughter Riley, who appears with her father at his press conferences.

The sign shows Curry asking Riley, “Who’s your daddy?” with Riley answering, “Delly.”  Delly refers to Cavaliers’ guard, Matthew Dellavedora, a white reserved player assigned to guard Curry, who is African American.  The quotes are meant to express that “Delly” is able to shut down Curry, considered the most prolific shooter in the NBA.

“Delly” has been hyped by the mainstream media as the latest version of the NBA’s “great white hope,” similar to how the Boston Celtics’ Larry Bird was used to whip up racism against the Los Angeles Lakers’ Earvin “Magic” Johnson during the 1980s. To his credit, Bird publicly disavowed himself from this hype.

For a white fan to exhibit such a sign shows utterly racist disrespect for a Black father and his child, as well as for the child’s mother, Ayeisha Curry.  ESPN should be roundly criticized for not blocking both the racist “Indians” insignia and the anti-Curry signs from its worldwide audience.

These not-so-subtle racist images add fuel to the fire in the battle against white supremacist attitudes and police terror.