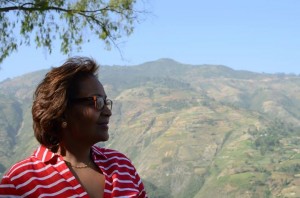 The Haitian parliament was essentially dissolved months ago when terms for all its members, except 10 senators, ran out. President Michel Martelly, who can’t run again, has been ruling by decree. Martelly’s prime minister, Evan Paul, holds office only on a de facto basis, since the Parliament has been dissolved and thus can’t approve his appointment.

Back in March, the Provisional Electoral Council (CEP) set the schedule: Two-thirds of the Senate and the entire lower chamber of deputies will be elected Aug. 9; the presidential election will be held on Oct. 25, with a run-off, if necessary, on Dec. 27; local and municipal elections will be held on the October date.

Some Haitian political organizations like the progressive Dessalines Coordination and its allies oppose holding elections while the U.N.’s Minustah are enforcing a military occupation of the country and U.S.-imposed Martelly is president.

But many other groups have decided to participate.

The CEP announced May 15 that 1,515 candidates from 98 parties will be running in the parliamentary elections.

Earlier, Narcisse made two trips to Boston to solicit support in its Haitian community, meeting with community activists and Haitian trade unionists.

The CEP reported May 23 that 70 people had registered as candidates for president and that challenges to their qualifications had been raised against 23 of them, including Narcisse.

Two days after the Fanmi Lavalas rally, U.S. State Department Haiti Special Adviser Thomas C. Adams told a group of Haitian journalists in Washington that the State Department judged now was an “opportune” time for Haiti to change its electoral schedule. It doesn’t have the money to carry it out. (Haiti Sentinel, May 22)

For the past 10 years, the tactic that the United States and the Haitian bourgeoisie have used to keep Fanmi Lavalas from winning elections is to keep them off the ballot. But now the U.S. has lost control of the electoral process. Many fairly well-known progressive candidates are on the ballot, like Moïse Jean-Charles of Platfòm Pitit Dessalines. These candidates tend to get the votes of Haitians who vote their choice rather than vote for the lesser of two evils.

Washington remembers what happened in 1990. By a landslide, Jean Bertrand Aristide beat the U.S.-backed candidate, who outspent him 60 to 1. That U.S. defeat threatened Washington’s control of Haiti, which required two decades of intervention to restore.

To avoid a similar setback in the upcoming elections, Washington is now raising the possibility of cancelling the elections altogether.

It’s hard to lose an election that isn’t held.