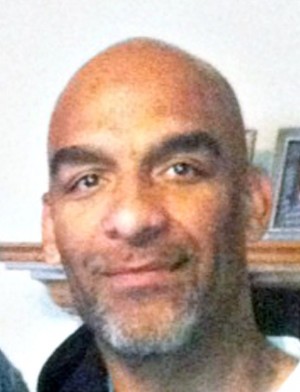 White millionaire Robert Bates, a former insurance executive, claims he “accidently” killed Eric Harris, an unarmed Black man, on April 2 in Tulsa, Okla. Bates, a volunteer reserve sheriff’s deputy, says he thought he had pulled a Taser on Harris instead of his gun.

Oklahoma has executed 112 people since 2012, but Bates won’t be one of them. There’s never been a millionaire executed in the United States. Bates has been charged — but only with second-degree manslaughter.

Racism isn’t an accident. And it’s not an accident that Bates was allowed to roam the streets with a gun and Taser torture weapon, even though he’s just a volunteer cop.

Tulsa has a long history of racist violence. Between April 30 and May 1, 1921, as many as 300 African Americans were killed by white racist mobs. Incendiary bombs were dropped and rifle assaults on the Black community were carried out from airplanes.

Lurid headlines in the Tulsa Tribune helped spark the bloody terror, which included Black people being hanged in the streets. Copies of the racist Tribune rag for the date of the massacre have mysteriously disappeared from libraries.

The prosperous African-American neighborhood of Greenwood, known as “Black Wall Street,” was destroyed. Hundreds of Black-owned businesses were burned down while thousands of African Americans were forced to flee the city.

The aim of the massacre was to prevent African Americans from benefiting from Tulsa’s oil boom.

Big oil continues to dominate Tulsa, a city of 400,000 with a metropolitan region of a little more than 1 million. In nearby Bartlesville are the headquarters of oil giants Phillips 66, which had revenues of $171 billion in 2013, and ConocoPhillips, which had sales of $62 billion in 2012. The Williams Companies — whose $26 billion in assets includes pipelines, natural gas and oil deposits — are also located in Tulsa.

With this amount of loot, it would easy to pay the justified reparations for the racist massacre of 1921. But Big Oil and its local governments haven’t paid a nickel to the survivors and their descendants.

Instead they provided a welcome wagon for fascist charlatans like the late Rev. Billy Hargis. For decades the television and radio empire of this segregationist and warmonger spread hate coast-to-coast.

Another favorite of Tulsa’s elite was the late faith healer Oral Roberts, who cruelly exploited people with disabilities. He actually tried to establish a medical school. Tulsa’s Oral Roberts University, named for this quack, has over 3,000 students.

But there is another Tulsa. Black, Latino and Latina, Native, Asian and white workers and poor people there want justice for Eric Harris. They want an end to police terror and poverty wages. They will lead more struggles in Tulsa and throughout Oklahoma.