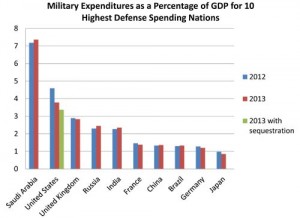 Pakistan’s parliament on April 10 voted to refrain from joining the Saudi Arabian and Gulf Cooperation Council — a coalition of the Saudi rulers with the other Gulf-area monarchies — now bombing Yemen. The bombing is the latest in a series of political and military struggles over who will control the impoverished but strategically significant Yemeni state, which is home to 25 million people.

Before a high-level meeting with military officials, Pakistani Prime Minister Nawaz Sharif said the parliamentary resolution was in accord with government policy, but threatened to intervene if there were a threat to the stability and sovereignty of Saudi Arabia, which he called a cornerstone of Pakistan’s foreign policy.

Pakistan’s hesitancy showed the danger for U.S. imperialism of initiating a new military adventure, even when it is operating through proxies like Saudi Arabia and Egypt, after U.S. military units were driven out of Yemen earlier this year. Similar hesitancy can be seen in Egypt.

The U.S. is providing important intelligence and logistical coordination to the Saudi-GCC bombing campaign, involving the refueling of bombers. Although President Barack Obama’s administration announced that it had withdrawn its Special Forces from the country several weeks ago, the Pentagon’s re-entry is designed to support the Saudi-GCC efforts aimed at halting the Ansurallah movement (Houthis) and re-imposing the regime of exiled President Abed Rabbo Mansour Hadi.

Deputy Secretary of State Anthony J. Blinken announced to the international press on April 7 that Washington had established a “joint coordination planning cell” with the Saudi regime. This follows reports that the Pentagon is increasing its supply of weapons to Riyadh in efforts to bolster the war against the Houthi movement in Yemen. (New York Times, April 7)

Blinken praised the Saudis for carrying out the bombing operations and blockade of Yemen. Without even a blush, he said that the actions taken by the monarchy and its allies are “sending a strong message to the Houthis and their allies that they cannot overrun Yemen by force.” (Reuters, April 7)

Egyptian President Abdel Fattah el-Sisi has proposed that Egypt deploy a ground force in support of Saudi objectives in Yemen, but this proposal faces growing criticism in the North African state. Egyptians remember the five-year military campaign during 1962-67 under former President Gamal Abdel Nasser who intervened — in that case with a progressive goal — against the Saudi monarchy. Thousands of Egyptian troops died.

A small demonstration was held on April 9 outside the Saudi Embassy in Cairo. Although anti-government protests are illegal in Egypt, the security forces allowed the action.

The April 9 Al-Ahram newspaper reported, “Mohamed Hassanein Heikal, a prominent intellectual and former confidante of President Gamal Abdel Nasser and an El-Sisi supporter, told a TV show this week that Egypt ‘never learned’ from the 1960s’ war in Yemen. ‘We shouldn’t jump to war. … We need to know if Saudi Arabia is ready for the costs. Yemen is a sleeping volcano south of the Arabian Peninsula. If it erupts, it will sweep the entire region.’”

Nonetheless, this same article stressed that Egypt is beholden to Saudi Arabia and the GCC because of their financial support for the military coup that ousted President Mohamed Morsi on July 3, 2013. Egypt will receive bonds and other support topping $6 billion from the states taking part in the Yemen campaign.

Meanwhile, Saudi warships have imposed a blockade of the southern port city of Aden, where a humanitarian crisis is escalating every day. The military action curtails trade in oil and natural gas from the country.

The naval blockade is placing further pressure on the residents of Aden and other areas of the country, while bombing operations led by Saudi Arabia using U.S.-supplied F-15 and F-16 fighter jets have been responsible for the deaths of hundreds of civilians.

Telecommunications and other infrastructural targets have also been a major focus of airstrikes. Attacks carried out on April 13 hit substations and power lines, knocking out electricity supplies and internet connectivity.

Large sections of the country have been left in the dark without communications with the outside world. This is worsening the already aggravated humanitarian crisis, as food supplies dwindle due to the blockade.

On April 13, Yemen’s state energy firm revealed it could not generate power due to inadequate fuel supplies. On the same day telecommunications towers in Sanaa were bombed by the Saudi-led aerial campaign. During the previous week a Yemen state television station had been bombed.

Pentagon military official Col. Steven Warren admitted that “a handful of [U.S.] personnel are working in ‘a joint sort of fusion center’ run by the Gulf Cooperation Council, which is led by Saudi Arabia and includes the United Arab Emirates, Kuwait, Oman, Qatar and Bahrain.” (McClatchy Washington Bureau, April 6)

The Wall Street Journal reported on April 12 that “the U.S. Navy, backing a Saudi naval blockade of Yemen’s ports, has intensified a search for weapons on the seas near Yemen’s coast. Iran is trying to supply the Houthis with surface-to-air missiles, a senior U.S. defense official said.”

The same Wall Street Journal article notes that for the first time U.S. sailors on a destroyer in the Red Sea halted a Panamanian-flagged freighter and searched the vessel, but found no Iranian or other weapons.

Despite reports from Iran’s enemies that Iranian naval vessels have been deployed, there have been no attacks on civilians by military forces from Tehran.

However, the State Department has issued a warning to Iran saying that Washington will not sit idly by and watch Yemen be “overrun.” What gives the U.S. the right to lecture others when it is deeply involved in this war? As usual, no one in Congress has even questioned the authority of the White House and the Pentagon to facilitate yet another military intervention without even the fig leaf of the War Powers Act.